A woman suffered multiple fractures after a man riding an e-scooter rammed her outside a Perth nail salon.

The 70-year-old was struck moments after stepping on the pavement as she left the Langler Street salon in East Victoria Park on Wednesday afternoon.

Security footage from inside the saloon shows how quickly the frightening collision happened.

The manicurists inside the store were surprised when the woman was thrown to the ground and the man got off his scooter.

Police are appealing to the public for footage of the accident and the electric scooter in the area prior to the accident.

Community concern over the use of electric scooters has increased in recent months.

The girl spent a night in hospital after being sent flying 10 meters down a trail.

“It was a big impact, a big, big scooter, a very heavy vehicle,” he said at the time.

The father then said he hoped electric scooters would “be a thing of the past soon”.

Most of them are classified as priority one, which means that the injuries are life-threatening.

The WA Government eRideable legislation was introduced in December 2021.

The Road Safety Commission will be seeking community feedback on the use of electric scooters in the coming weeks, to ensure the legislation meets needs and expectations.

Road Safety Commissioner Adrian Warner said while most people “do the right thing”, any collision between an electric scooter and a pedestrian is “avoidable”.

“When one occurs, (it) serves as a timely reminder for people to be careful in shared spaces like trails,” Warner said. 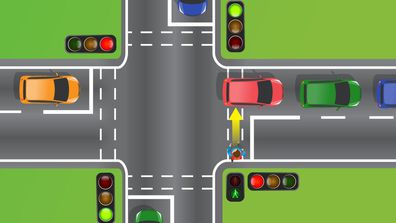 The law allows a maximum speed of 6 mph on trails in WA, but cyclists must obey the conditions and slow down in busy areas.

“On sidewalks, pedestrians are the most vulnerable and people on electric scooters have a responsibility to avoid a collision.”