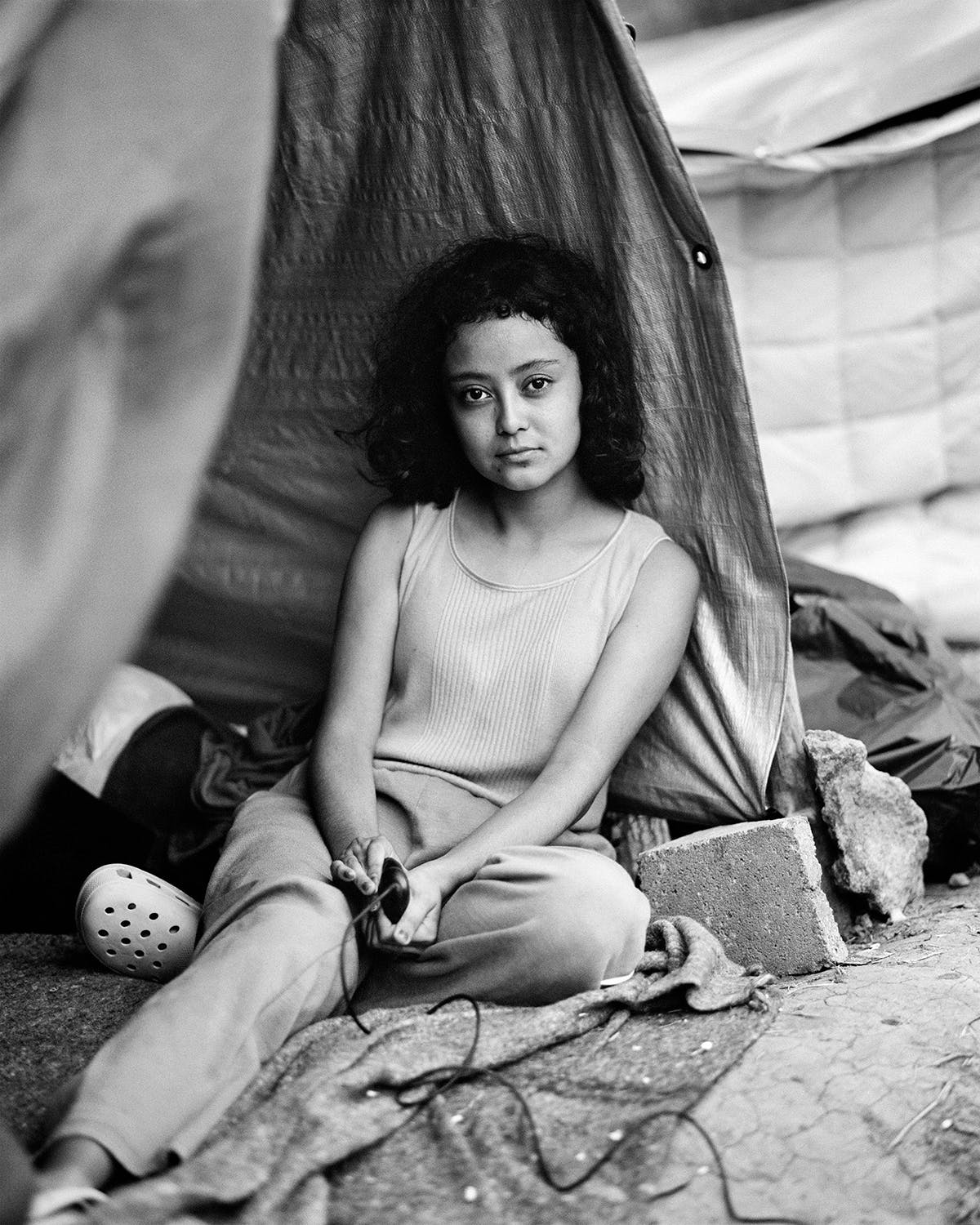 Adam Ferguson has been named Photographer of the Year at the 2022 edition of the Sony World Photography Awards. His series, Migrantes, which also won in the Portraiture category, including self-portraits of – and by – people in Mexico waiting to cross the border to the US.

The series was conceived in early 2021, after Ferguson noticed a lack of photography from the perspective of migrants on the southern side of the US-Mexico border. The New York Times picked up his idea and greenlit the work, which was made in the Mexican border cities of Juárez and Reynosa in spring last year. There, along with Mexican journalists Ernesto Rodríguez, Silvia Cruz, Noe Gea Medina and Laura Monica Cruz Flores, he spent time with migrants staying in shelters over the course of 11 days. The people who participated in the self-portraits were handed a cable release and left to stage the photographs as they wished.

The shutter release as self-portraiture approach has been used by plenty of photographers over the years, though the resulting images often bear the trace of the overseeing photographer and can appear voyeuristic. In Migrantes, Ferguson really does feel as far removed from the self-portraits as is promised. Aside from setting up the medium format camera, the Australian photographer stepped back entirely.

“Through collaborating with migrants, this series of photographs was an attempt to make images that inspired empathy, rather than sympathy,” Ferguson said. “By surrendering the control of capture and giving each migrant agency in the process of their representation, I hoped to subvert the narrative of marginalization and create a story that felt more human, relatable and honest.”

Among the winners of the professional categories is Japanese photographer Shunta Kimura, whose formally beautiful yet grave photo essay documents the effects of climate change in Gabura Union on the southwestern coast of Bangladesh.

Alnis Stakle won in the Creative category for his collage series Mellow Apocalypse, which links historic images pertaining to art, science and journalism with a contemporary context. In the Still Life category, Haruna Ogata – the only woman prizewinner across the entire awards – and Jean-Etienne Portail won first place for their geometric abstract image series, Constellation.

Elsewhere, Hugh Fox brought a sense of wit with his project reflecting on the strange solitude of the pandemic years, while Hungarian photographer Milan Radisics chartered the life of a young fox over eight months in his winning Wildlife and Nature series, The Fox’s Tale.

Canadian photographer Edward Burtynsky was the recipient of the Outstanding Contribution to Photography award, in recognition of his remarkable aerial images illustrating the effects of mass industrialism, human activity and the climate crisis.

A selection of work from his 40-year career will be on show at Somerset House, alongside the exhibition celebrating this year’s award winners and shortlisted entries, until May 2. The winning work can also be found in the virtual showcase.