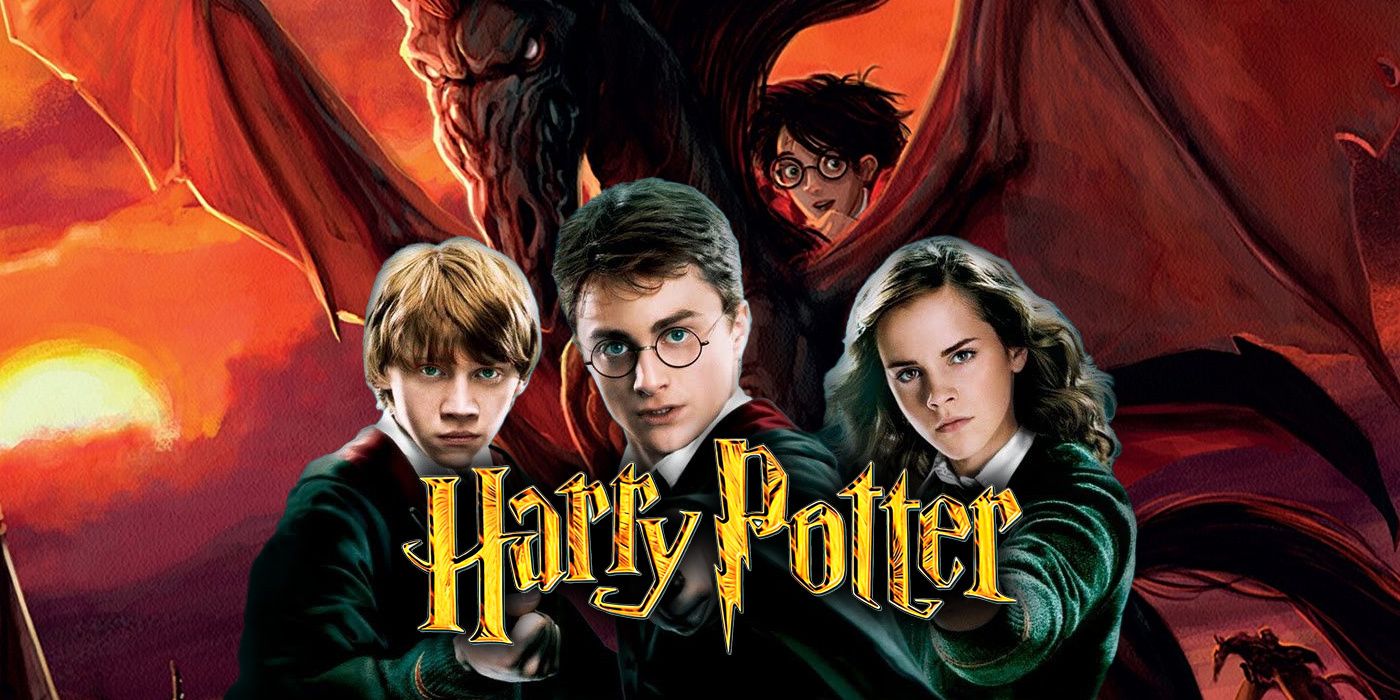 Fantastic Beasts: The Secrets of Dumbledore hits theaters soon, and the Harry Potter prequel is the third entry in what was conceived as a five film franchise. The entire series is set to be directed by David Yates, who is no stranger to the Wizarding World. In addition to the first two Fantastic Beasts films, Yates also directed the last four entries in the core Harry Potter series, beginning with 2007’s Order of the Phoenix. By this point, Yates rarely works on projects that aren’t tied into JK Rowling‘s universe; 2016’s The Legend of Tarzan was the only non-Wizarding World film he’s directed in the 21st Century.

Although he’s now a veteran, Yates was given a very difficult task with his first endeavor, as the franchise’s previous filmmakers had all crafted a unique take on the source material. Christopher Columbus developed a whimsical sense of wonder with the family-friendly films The Sorcerer’s Stone and Chamber of Secretsgoal Alfonso Cuarón took the series in a darker direction with The Prisoner of Azkaban. mike newell‘s The Goblet of Fire changed the tone of the saga; although the film begins with a sense of familiarity, the characters are thrust into crisis upon the return of the Dark Lord Voldemort (Ralph Fiennes).

Yates had to live up to these high expectations, and he was also saddled with adapting one of the weakest installments in the novel series. Compared to the beloved first four books, Order of the Phoenix is an overlong slog. Rowling packs the story with detail, making it the longest read at 766 pages. Despite having to wade through the weaker source material, Yates made key improvements that improved the film’s pacing, tone, and focus. It’s the rare adaptation that’s better than the book; Yates turned The Order of the Phoenix into one of the best films in the series.

Order of the Phoenix explores the aftermath of Voldemort’s resurgence, as Harry (Daniel Radcliffe), Ron (Rupert Grint), and Hermione (Emma Watson) prepare for an upcoming war. When they return for their fifth school year, they’re shocked to discover that the Ministry of Magic has denied all evidence of the villainous wizard’s return. The resistance group known as the Order of the Phoenix secretly resists; the band of familiar wizards aim to locate an enigmatic super weapon that Voldemort is searching for.

While the book takes time to wade through the bureaucracy of the Ministry, the film keeps things focused on Harry’s anger and sense of isolation. Harry had just watched his friend Cedric Diggory (Robert Pattinson) perish in front of his eyes, and he’s furious about the inaction and coverup. The book characterizes him as a less sympathetic, moody teenager, but Yates does a great job at showing the trauma that Harry suffers from.

Harry’s frustration increases as he watches the Order of the Phoenix develop without him. The chance to reconnect with his mentor Sirius Black (Gary Oldman) excites him, and he’s upset when the elder wizards cut him out of the official meetings. He’s turned into a more active character; Harry’s creation of the student rebel group nicknamed “Dumbledore’s Army” feels less like an act of defiance, and more like the development of a leader.

Harry’s leadership skills are something Yates has prioritized in all of his adaptations. Throughout the course of the last four films, Harry becomes an inspirational figure among the students of Hogwarts. This is a bit of an abrupt shift in the books, but The Order of the Phoenix film lays the groundwork for his eventual status. Harry’s speech at the end of The Deathly Hallows — Part 2 wouldn’t have been nearly as effective if it wasn’t for his development here. Yates also made the wise decision to beef up the characters of Ginny Weasley (Bonnie Wright) and Neville Longbottom (Matthew Lewis), who are underutilized in the book.

Yates is also much more concise with the pacing of The Order of the Phoenix, and ironically it’s the second-shortest film in the series. Readers had to struggle through a dull beginning that takes a long time to arrive at Hogwarts, but Yates opened the film with a thrilling sequence where Harry and Dudley Dursley (Harry Melling) escape from a group of Dementors. It sets the film up on an exciting note, and the horror-themed scene announced the more sinister direction that the film was going.

Yates also benefits from an incredible performance by Imelda Staunton as the new Defense Against the Dark Arts teacher, Dolores Umbridge. The uptight, shrill representative of the Ministry helds to continue the propaganda campaign, and installs strict new rules for the student body. While Umbridge is entirely unlikable in the book, Staunton makes her obnoxious behavior somewhat comedic without detracting from her corruption.

Yate’s best decision is keeping the film focused on Harry’s relationship with Sirius. Oldman delivers a mesmerizing performance, and Sirius speaks to the core conflict of the story: Harry wonders if he and Voldemort are more similar than he suspected. Sirius shows Harry that he is inherently a good person, and quells his anxieties that he is in fact the weapon that Voldemort is searching for. It makes the tragic ending even more devastating.

While the Wizarding World films have begun to suffer from a sameness of tone under Yates, The Order of the Phoenix was a bold entry in the blockbuster series that set up the serialized nature of the last few installments. By streamlining the narrative and narrowing the focus on Harry’s emotional development, Yates succeeded where the book failed.

All 8 ‘Harry Potter’ Movies Ranked from Worst to Best

Liam Gaughan is a film and TV writer at Collider. He has been writing film reviews and news coverage for eight years with bylines at Dallas Observer, About.com, Taste of Cinema, Dallas Morning News, Schmoes Know, Rebel Scum, and Central Track. He aims to get his spec scripts produced and currently writes short films and stage plays. He lives in McKinney, TX.