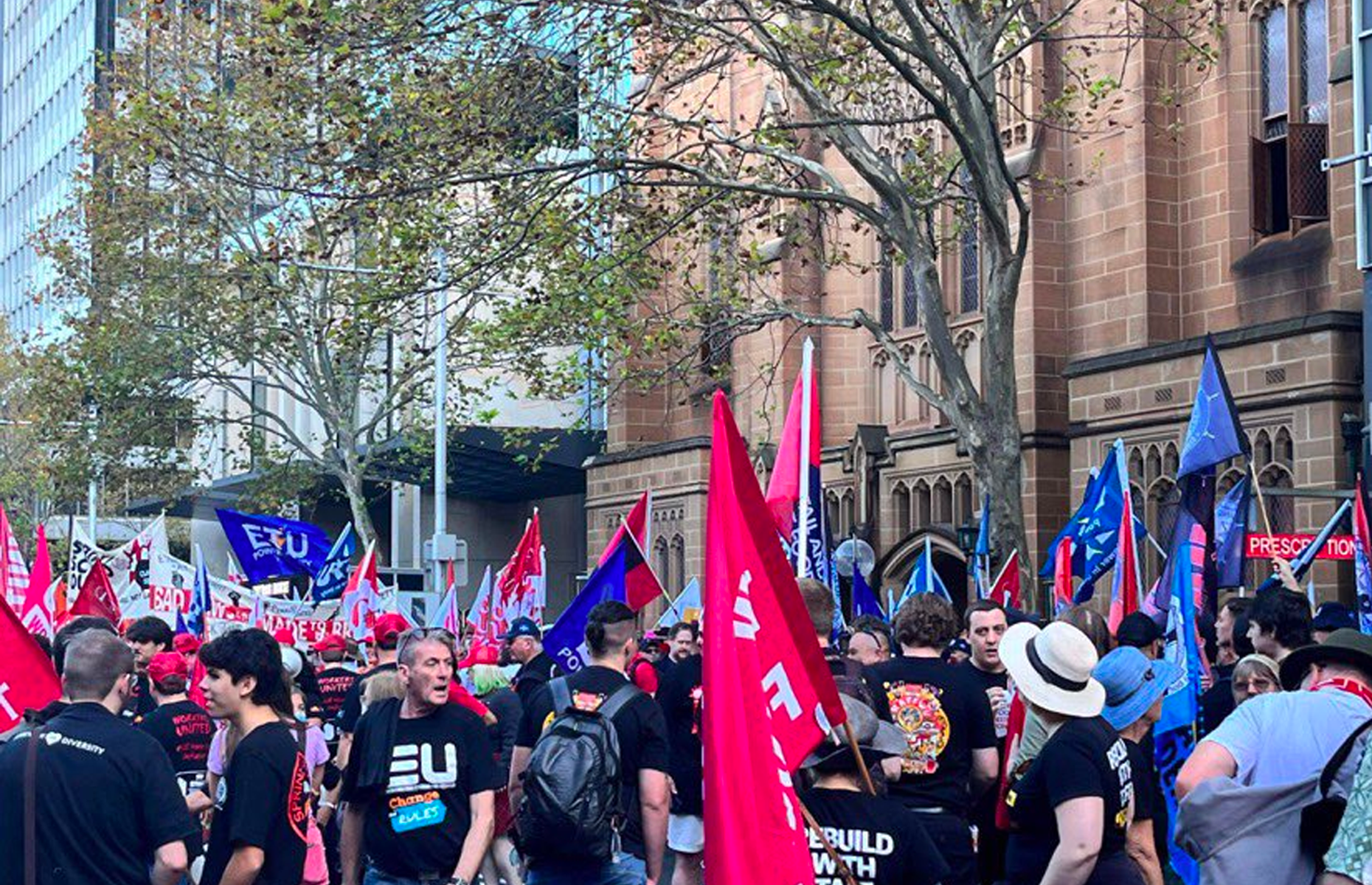 Thousands of trade unionists, militants and socialists gathered at Sydney Town Hall yesterday to commemorate the labor movement and the fight for fair working conditions. Led by NSW Unions Secretary Mark Morey, the May Day parade featured speeches and songs before marching through town to the NSW Parliament.

May Day marks the date when Victorian stonemasons went on strike for better working conditions during the construction of the University of Melbourne in 1856. They became among the first in the world to secure the day of eight-hour work as the general industry standard and have inspired similar strikes internationally. .

After a welcome to the country message by Metropolitan Local Aboriginal Land Council representative Michael West, Shadow Education Minister and Shadow Women’s Minister Tanya Plibersek spoke about the rising cost of living and the failures of the Morrison government.

“For years people have been saying that wages don’t keep up with the cost of living,” she said.

“Wherever I’m touring the country right now,” Plibersek continued, “this feeling is growing like a wave…a wave that will crash into Scott Morrison on the 21stst of May and wash away his government.

Natalie Walmsley, a member of the Maritime Union of Australia (MUA), then spoke about the industrial action planned ahead and the importance of fighting for fair working conditions.

Walmsley spoke about the importance of standing in solidarity with strikers, including the NSW Teachers Federation (NSWTF) who went on strike on May 4, the School Strike for Climate on May 6, older workers set to strike with the United Workers Union (UWU) on May 10 and the USyd branch of the National Tertiary Education Union (NTEU) on strike on May 11 and 12.

Kogarah Secondary School Principal, Julia Ross (NSWTF), highlighted the value of public education and the damaging effects of the government’s neoliberal policies in the sector.

Ross condemned the government’s decision to prioritize funding for private schools over public schools, with student enrollment expected to rise by more than 150,000 by 2030, and the current teacher shortage expected only worsen, with more than 50,000 leaving the profession permanently by 2025.

Representatives from the NSW Nurses and Midwives’ Association (NSWNMA), the Australian Manufacturing Workers’ Union (AMWU) and the UWU expressed their dissatisfaction with the government’s failure to invest in renewable energy and enforce safe nurse-patient ratios in aged care, or protecting Australia’s manufacturing industry.

Onlookers at the march through the streets of the CBD responded positively, cheering and raising their fists in solidarity. Protesters hugged, cheered and slapped each other on the back once the parade culminated outside NSW Parliament. Here, band members NSWTF played Australian rock classics and food trucks handed out free meals to all.

May 1, 2022 was a reminder of how liberal state and federal governments have failed to support fair working conditions for workers across the Australian workforce.

Despite this, the crowd’s optimism was palpable. With strikes and an election on the horizon, the May Day 2022 parade was marked by the hope that, as in 1856, lasting and effective change is within reach.

For more information on upcoming staff strikes at USyd, click here. The SRC and USU will close May 11-12 in solidarity with the NTEU strike.