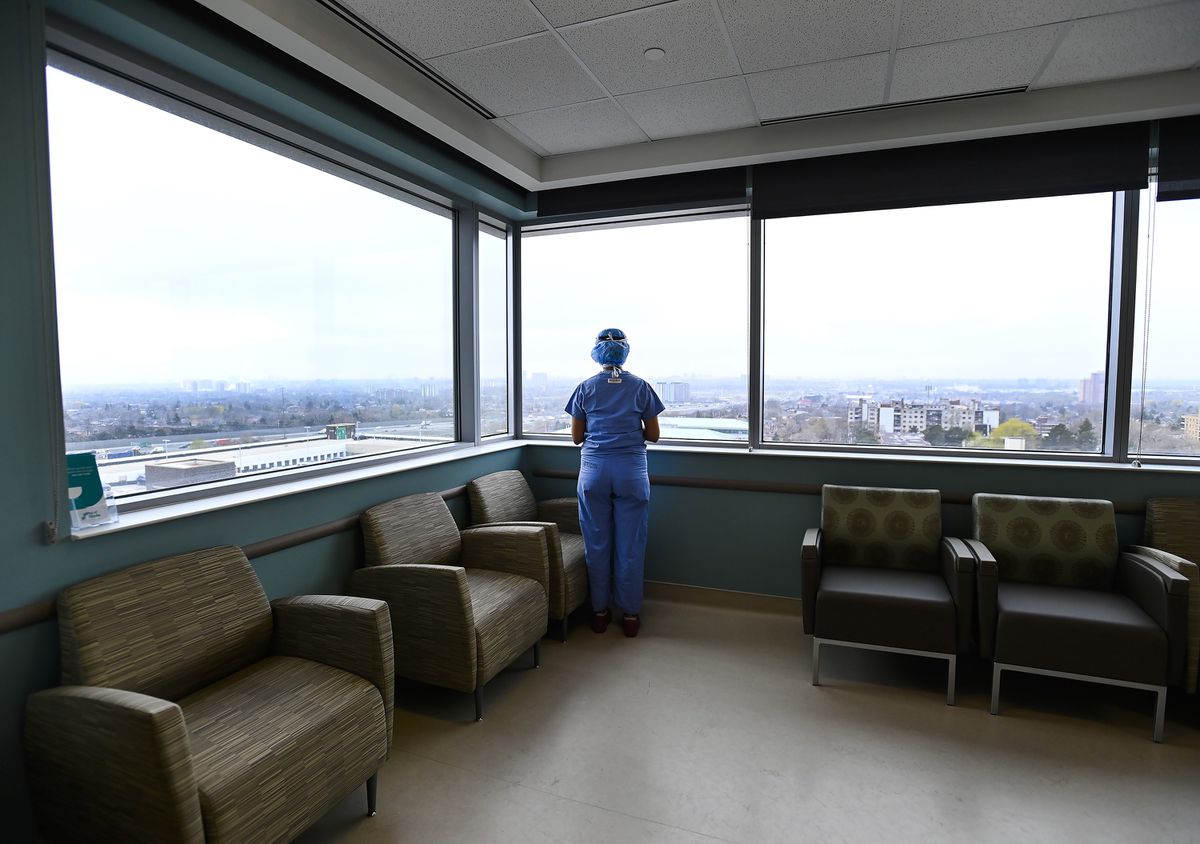 Incidents of physical violence, sexual assault and racism against Ontario healthcare workers are on the rise during the COVID-19 pandemic, according to a new survey from Canada’s largest union.

Tuesday’s survey from the Canadian Union of Public Employees, based on responses from more than 2,300 registered nurses, personal support workers, cleaners and other front-line workers, found that a workforce predominantly female workforce is subject to “an increasingly dangerous and toxic workplace”. due to regular attacks and threats from patients and their families.

Such incidents would increase at a time when the healthcare industry is experiencing major staffing shortages, which political critics have attributed to a combination of pandemic burnout and a lack of fair pay and benefits for the workers.

Along with direct acts of violence, aggression and abuse, hospital workers face an uphill battle when they seek justice from their employers, the police and the government, said Sharon Richer, secretary-treasurer of the CUPE’s Ontario Council of Hospital Unions, at a press conference Tuesday.

“This spike in violence against women, largely racially motivated, comes against the backdrop of severe and predictable staffing shortages and vacancies in our hospitals,” Ms. Richer said.

More than half of all survey respondents said they and their colleagues faced more incidents of violence and abuse than before the pandemic began, with less than 40% reporting the same. number or less.

Sixty-two percent of all healthcare workers surveyed said they suffered from anxiety, with 35 percent reporting severe anxiety related to workplace violence and aggression.

Anthony Dale, president and CEO of the Ontario Hospital Association, said in an email Tuesday that hospitals have zero tolerance for violence.

“While we know that the work performed by healthcare providers is often difficult and demanding, acts of violence are never accepted as something staff members should expect to encounter in the workplace. “said Mr. Dale.

Some healthcare workers, however, said zero tolerance policies in hospitals are not being enforced.

Sonja Bernhard, a registered nurse working at St. Joseph’s Healthcare Hamilton, said she and many of her colleagues have been exhausted by current working conditions and warns that healthcare workers will continue to find work elsewhere if there is no there is no improvement.

Citing an experience she had recently in which a close colleague was sexually assaulted by a patient, Ms Bernhard said she had reduced her hours to part-time in the hospital while teaching classes at a college neighbor to help him manage his mental health.

Ms Bernhard said such incidents are a regular occurrence and reflect the negligence of the hospital administration and various levels of government when it comes to properly compensating workers and ensuring that those who are abused and abuse are well taken care of.

She also said it pointed to a larger problem in healthcare, where nurses and other frontline workers are expected to bear the risk of physical and sexual harm as part of “their job”.

“It’s always been part of the culture,” Ms. Bernhard said. “We need to have greater tolerance not only for physical attacks, but also for verbal abuse. Not just patients, but their visitors and families.

In addition to highlighting the incidents of violence, CUPE and the Ontario NDP have called on the Ford government to address the growing problem of overcrowded emergency rooms amid unprecedented staffing shortages.

“Healthcare professionals are exhausted, their colleagues are constantly leaving and we are getting to the point where there are not enough people left to keep emergency room doors open 24 hours a day – and that is terrifying,” said the NDP Interim Provincial Leader Peter Tabuns. , highlighting the potential for worsening hospital conditions and longer wait times as more healthcare workers quit.

Since 2019, the Ford government has been embroiled in a battle with health care workers and the official opposition over its implementation of Bill 124, which limited the amount a public sector employee’s salary could increase to only 1% per year.

Although the bill is only supposed to be active for three years, it is unclear whether the Ford government will keep its promise to scrap the legislation this year.