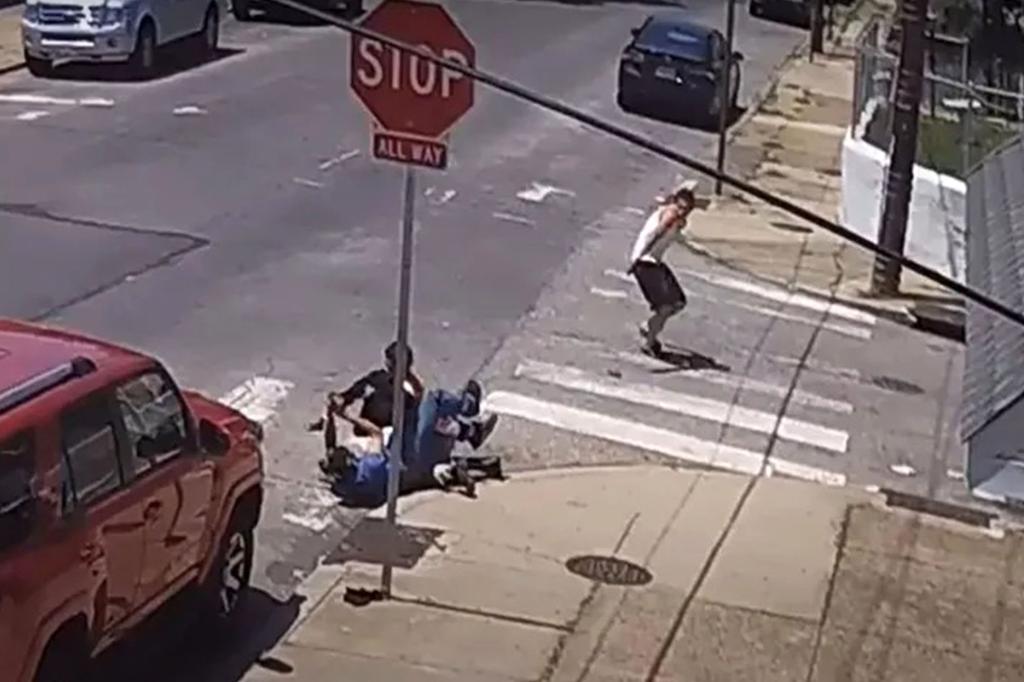 A Philadelphia man was seen in dramatic video reversing the roles of two would-be armed robbers as he snatched a gun from a suspect and shot a second suspect who rushed him at gunpoint Monday afternoon.

The attempted robbery took place just before 2 p.m. on the 4200 block of East Cheltenham Avenue in the city’s Wissinoming neighborhood, Philadelphia police said.

The 46-year-old victim, identified only as a black man, was found lying at the intersection of Cheltenham and Erdrick Street with gunshot wounds to his buttocks and left ankle. He was rushed to Jefferson Torresdale Hospital in stable condition.

Police have released surveillance video that shows the victim and a suspect in a physical struggle that spills from a sidewalk into the street.

The victim snatched the gun away from the first suspect and, while still on the ground, a second suspect ran off the street and began shooting, video shows. The victim fought back and appeared to hit the second suspect at least once.

The two suspects, whom police described as Hispanic men, pulled out in a dark-colored SUV and fled south on Erdrick Street, authorities said.

Officers recovered a weapon from the scene. No arrests were made Tuesday afternoon.

The incident comes as Philadelphia continues to battle a citywide crime wave.

On Sunday, citywide robberies involving a firearm rose 63.21% year-to-date to 1,526 from 935 reported during the same period in 2021, according to the public police statistics.

Meanwhile, data shows citywide homicides are down 6.48% so far this year, from 293 murders reported during the same period in 2021 to 274.