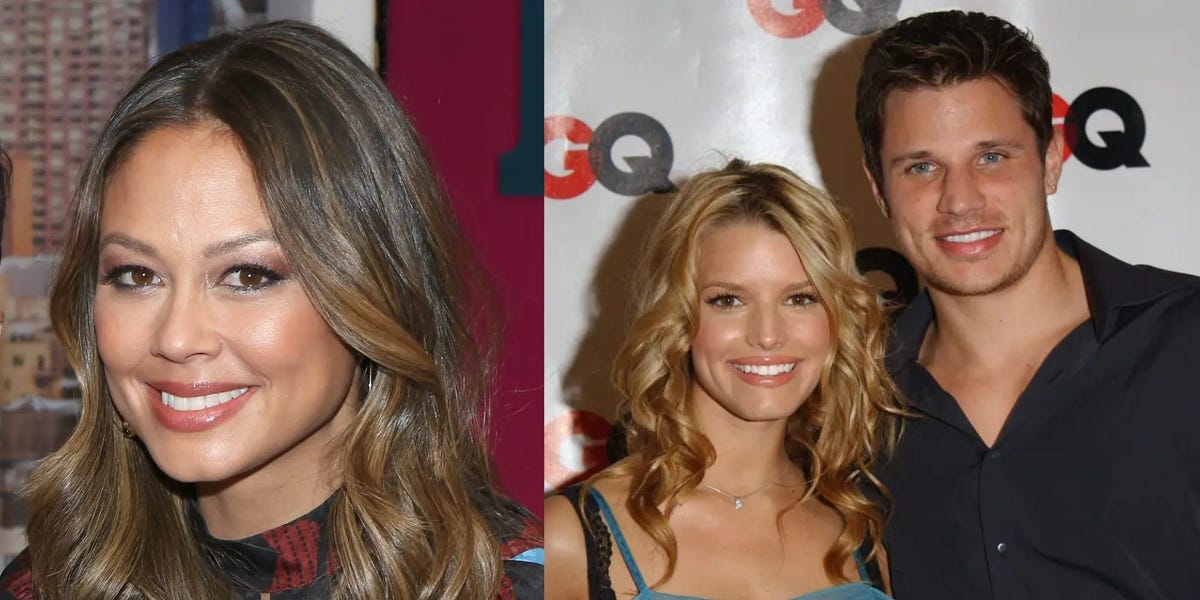 “The Ultimatum,” which Vanessa and Nick host together, follows six couples where one person is ready to marry their partner and the other is not prepared to commit to matrimony. Throughout the season, the participants select a new partner from one of the other couples to have a “trial marriage” with. They live with that person and see if there is “a connection.”

On the first episode of the new show, Vanessa explained why she had once given Nick an ultimatum before they got married.

Nick and Simpson married in 2002 and announced their split in November 2005. They appeared on the MTV reality series “Newlyweds” together. Simpson described their highly-publicized union and separation in her 2020 memoir “Open Book.”

Vanessa appeared in the music video for Nick’s single “What’s Left of Me,” which was released in April 2006 and was about his divorce from Simpson. They began dating later that year but the relationship was met with public scrutiny, as Nick was still going through his high-profile divorce with Simpson, which was finalized in June 2006.

“I always said I was gonna be that girl that would never give a man an ultimatum,” Vanessa told “The Ultimatum” cast.

“She was lying,” interjected Nick. “No,” she responded. “Five years later, things changed.”

After she “moved in with him” and “renovated his entire bachelor pad,” Vanessa recalled asking Nick “what are we doing?”

“If I’m being completely candid and transparent, we took a break,” said Vanessa. They opened themselves up to connections with other people, like the couples on the show.

The two confirmed back in June 2009 that they had split, but announced they’d reunited by October of that year.

“We both saw one other person and we realized if we got out of our own way we could be amazing together, but it took seeing somebody else and me realizing I don’t mind the things I thought bugged me,” she continued.

“The bigger picture is how I feel about this person and their values,” Vanessa added. The ultimatum led to a November 2010 engagement, and the two married less than a year later in July 2011. They now share three children.

“I think we got perspective,” said Nick of the ultimatum.

The first eight episodes of “The Ultimatum” are currently streaming on Netflix. Episodes nine and ten premiere on April 13.