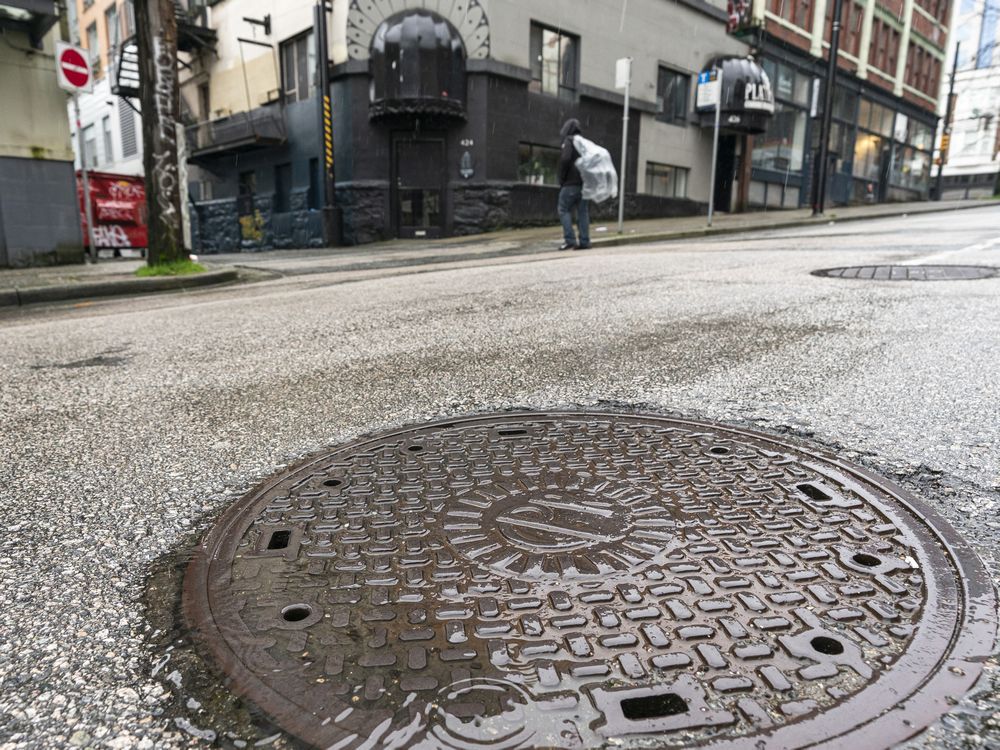 Sometimes you find Vancouver history in the oddest places.

A manhole cover outside 424 Homer St. reads “CPR,” for Canadian Pacific Railway. It may date to the 1890s when what we now call Crosstown — the low-rise commercial area between Gastown and downtown — was a pretty happening spot.

Civic historian John Atkin thinks the CPR manhole cover probably has something to do with the CPR telegraph service, which initially was at 650 Granville St., moved to Cordova and Abbott streets in 1892 and then to 428-432 West Hastings St. about 1900.

Atkin explains that private companies sometimes put their own manhole covers on top of infrastructure they built under the streets.

In this case, Atkin thinks the CPR manhole is a link to “whatever services they might have had that probably connected the train station, the hotel and ticket offices, stuff like that.”

That would likely be a CPR telegraph line to The Vancouver World, which moved its printing press to 424 Homer in 1892. A telegraph line was a must for pioneer newspapers because it brought in world, Canadian and provincial news in an era before there were many phones.

If you didn’t have your own telegraph line, you depended on a messenger boy to bring in dispatches, which could have issues. In the June 27, 1891, World, the newspaper advised the CPR Telegraph to “engage a second batch of boys to look after those they send out with dispatches.”

Why? Because the CPR had sent a messenger boy out with “eight pages of tissue” containing The World’s messages around 2:45 pm, but he hadn’t appeared by 3:20 pm So The World sent out a search party, and “found the lad over at Brockton Point umpiring a game of baseball.”

Planner Andy Yan says the CPR manhole cover is a good example of the “fragments of quirks” you find in the city “that survived the brushes of ‘progress’ ” into the modern city.

“You think about the manhole covers, you think about the frames of utility poles in the Downtown Eastside, the big wooden frames with the transformers,” he said. “The wooden blocks that are under the (asphalt in the) streets. The stamps (with street names) that are in the sidewalks.”

Yan loves this kind of thing.

“The quirk is what makes Vancouver interesting,” he said. “It’s stuff you can’t find anywhere else, human-made stuff. We always celebrate the mountains, but we seem to be really hard on our human-made quirks.”

Nailing down when the manhole cover was installed isn’t easy. The City of Vancouver emailed that the infrastructure underneath the manhole cover “looks like a Canadian Pacific Railway conduit system installed in 1970ish” that “appears to run for a couple blocks linking up to two Telus manholes.”

But that doesn’t mean the manhole cover is recent.

“The Canadian Pacific Railway rebranded itself ‘CP Rail’ in October 1968 and stuck with that name for a couple decades, so that would rule out the covers being as recent as the 1970s,” emailed Peter Winterton, the editor of the Canadian Pacific Historical Association magazine CP Tracks.

“Based on the text on the manhole covers it is plausible that they could be from as far back as the 1890s.”

An old engineering map in the Vancouver Archives shows a manhole cover at the same spot between 1889 and 1913. Unfortunately, the key to the map is torn off, so it doesn’t say whether it’s a CPR manhole or a regular manhole. In any case, whatever manhole was there at the time is likely still there because manhole covers often aren’t replaced and remain for decades.

Atkin knows of only one other CPR manhole cover in Vancouver, at Cambie and Cordova streets in Gastown. But it’s a different design, and is much more plain.