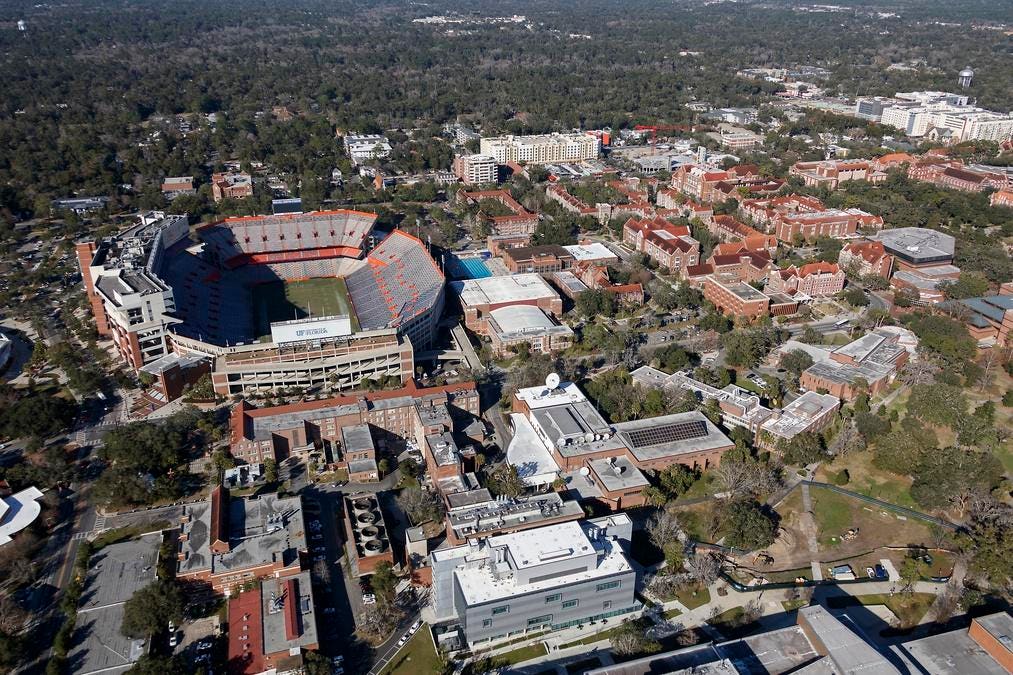 The University of Florida (UF) finds itself again facing political controversy. This time the hubbub concerns the process used to hire Dr. Joseph Ladapo into a tenured faculty position in the UF College of Medicine last fall.

Only days after what’s now being described as a rushed process that skirted, if not violated, standard UF hiring procedures, Ladapo was tabbed by Florida Governor Ron DeSantis to be the state’s surgeon general and Secretary of the Florida Department of Health, a choice that’s proven increasingly controversial in light of Ladapo’s publicly stated skepticism concerning various Covid-19 precautions and the effectiveness of vaccines, particularly for children.

A report submitted by an hoc UF Faculty Senate committee this week said the process used to hire Ladapo was marked by “numerous irregularities,” and that it “appeared to violate the spirit, and in review the exact letter, of UF hiring regulations and procedures , particularly in the vital role faculty play in evaluating the qualifications of their peers.”

Among the irregularities cited by the seven-person committee:

UF officials defended the process, citing Lapado’s strong academic credentials and claiming that the process was “consistent” with the way other College of Medicine appointments had been handled. They maintained that expedited appointments were often necessary for critical positions and therefore differed in some respects from what occurs in other departments.

But many College of Medicine faculty weren’t buying it. Numerous faculty stated that they were upset about the covert nature of the process and expressed regret that they were given insufficient time and information to properly evaluate Ladapo.

According to the committee report, ”Several members asked to rescind their vote about tenure but were told that was not possible. There was also a request to hold a zoom meeting to discuss possible next steps, but faculty were asked not to convene the meeting”.

In one email, a faculty member in the College of Medicine said, “Dr. Ladapo’s hiring is an embarrassment to me and should be to UF. The fact that he is one of my colleagues is offensive to me given what I have experienced. I personally believe that he has not demonstrated good sound judgment to even receive a Florida state medical license. I have heard from some that the college of medicine and department of medicine faculty were not included at all in the decision process to hire him. I think this is wrong since faculty are heavily involved in hiring and promotion process.”

Faculty suspicions may have been provoked by the fact that the process began when Dr. Ladapo’s CV was sent to medical school officials by UF Board of Trustees Chair Mori Hosseini, a confidant and major donor to DeSantis. For example, one faculty email said, “I have been dismayed by the hiring of Dr. Ladapo and all that has come out about both his views on public health issues, and at what appears to be completely inappropriate political influence and bad judgment to rush his hiring process.”

And from another: “Geez, other than the obvious kowtowing to political influences and lack of any oversight of conflicts of interest there nothing to see here. Please name one other doctor, professor of administrator hired in a weeks’ time or less? This hire has political dirt all over it, UF needs to rethink policies.”

The Ladapo controversy comes just a few months after the University of Florida had attracted national attention when it tried to use its conflict of interest policy to prevent faculty from offering expert testimony in a voting rights lawsuit.

In that case, facing national scrutiny, the university ultimately changed its posture, and a federal judge also granted the faculty members’ request for a temporary injunction, ordering that the university “must take no steps to enforce its conflict-of-interests policy with respect to faculty and staff requests to engage as expert witnesses or provide legal consulting in litigation involving the State of Florida until otherwise ordered.”

As part of the fallout from that case, Dr. W. Kent Fuchs indicated he would retire as the university’s president at the end of this academic year and return to the UF faculty. Although Fuchs said his decision had been in the works for months, many observers believed the expert testimony flap was one of several political controversies that he had grown weary of confronting in recent years.

Now comes the legitimate concerns about the Ladapo appointment, and with them a renewed perception that political pressures are allowed to play too much of a role in how the University of Florida conducts its academic business. The outside influence may not take the form of overt, strong-arm tactics. A little push here, just a bit of a shove there, might be all that it takes.