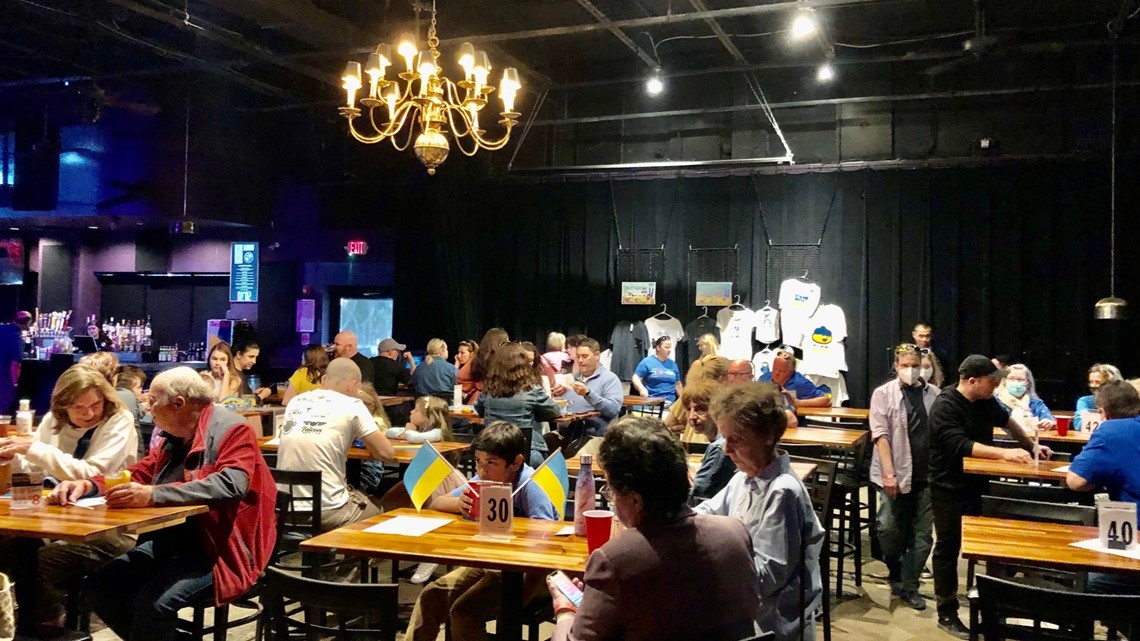 The people of Virginia Beach came together in support of Ukraine on Sunday evening.

VIRGINIA BEACH, Va. — On Sunday, a group of bands held a benefit concert in support of Ukrainians affected by the Russian-Ukrainian war.

A large group gathered at Elevation 27 in Virginia Beach for the Unite for Ukraine concert.

“We came to support Ukraine and the people there, and we are very concerned about their safety,” said concert attendee Laura Low.

The groups performed in English, Ukrainian and Russian.

Stepanenko said his band’s drummer was from Ukraine and had recently returned to his homeland to fight in the war.

Right now, teachers from Ukraine’s Tidewater School are sorting through supplies at a church in Virginia Beach. Virginia Beach Mayor Bobby Dyer supports the cause.

Dyer said he was working with the school to get a bigger place to keep the supplies.

“We are now arranging a free storage facility for them where people can drop off materials needed in Ukraine,” Dyer said.

According to Ordono, the school has so far spent $20,000 sending supplies to Ukraine.

“Now Odessa looks like Virginia Beach. They have a naval presence, they have a port, they have beaches and tourism and everything,” Dyer said.