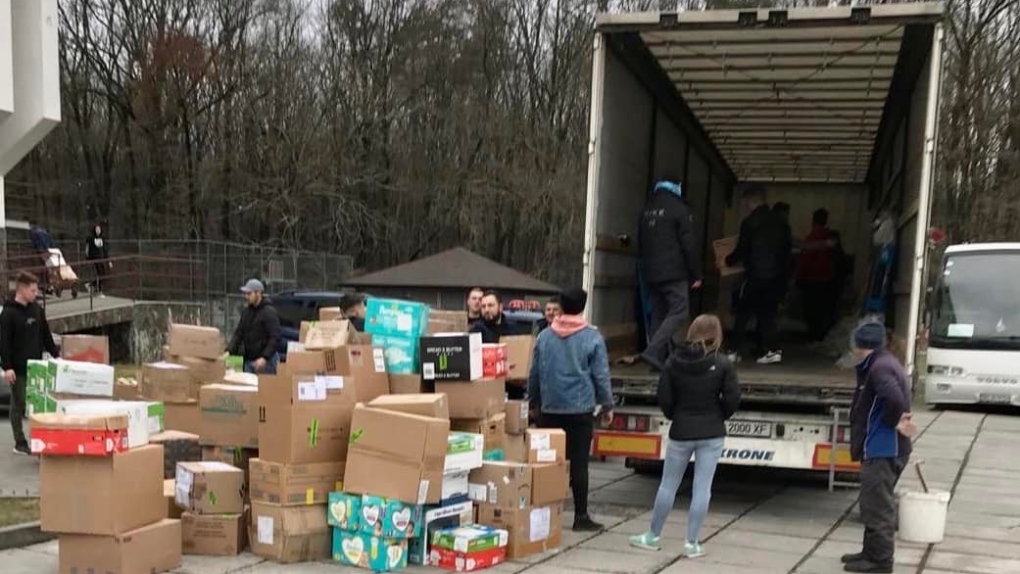 Volunteer drivers rushing to deliver supplies to Ukrainian forces were killed in a Russian attack, a campaign organizer said on Saturday.

Thomas Lukaszuk, former deputy premier of Alberta and organizer of the massive United For Ukraine donation campaign in Edmonton, said on social media that two volunteers carrying supplies to Mariupol, Ukraine, had been killed.

“Ed Stelmach and I are saddened and angry to have to inform you that two drivers, believed to be Ukrainian and Polish nationals, were killed by Russians while delivering some of our United for Ukraine supplies,” Lukaszuk said. . “They are heroes.”

Stelmach, a former premier of Alberta, and Lukaszuk led a plane-filling campaign that raised more than $20 million in donations, including 35 tons of aid flown on a Boeing 787 Dreamliner of LOT Polish Airlines.

Some supplies included medical and first aid equipment, stretchers, thermal blankets, sleeping bags, adult and youth diapers and wheelchairs. Any donated equipment that did not fit on the 737 was loaded into 10 shipping containers for delivery to Poland and then transported by drivers to Ukrainian forces.

Lukaszuk says supplies have been sent to the Ukrainian regions of Lutz, Zhytomyr, Kryvy Rigg, Kherson and Mariupol.

In an interview with CTV News Edmonton on Sunday, Lukaszuk confirmed that the drivers were transporting packages of donated goods from Edmonton.

“Unfortunately, a few days ago now, one of the vehicles delivering one of the smaller loads was intercepted by Russians and there were three people in that vehicle,” Lukaszuk said. “Fortunately, one managed to escape and two were killed.

“They were in a heavily occupied Russian area,” he said, adding that he would not disclose the exact location where the drivers were intercepted for security reasons.

“We don’t want to put volunteers anywhere in Ukraine in further danger.”

Lukaszuk said while Albertans who volunteer to gather supplies or packages are lucky to help, the actions “pale in comparison” to what Ukrainians are doing on the ground.

“These people are really driving across the country for freedom,” he said. “They are delivering medical supplies, food and other items to rescue wounded and starving soldiers and people.

“They are superheroes,” he added. “They’re taking this knowing what the risk is, but that’s how important Ukraine’s freedom and independence and opposition to this aggression is.”

Located on the coast of the Sea of ​​Azov, the port city of Mariupol has been besieged for a month, including by numerous Russian bombardments.

On Saturday, Ukrainian forces fought village by village to halt the Russian advance in the east of the country as the United Nations tried to negotiate a civilian evacuation from the bombed city.

“Russia intercepts our delivery in Ukraine, we double up,” Lukaszuk said. “The lives of our volunteer heroes have not been lost in vain. More help is on the way.”


With files from The Associated Press