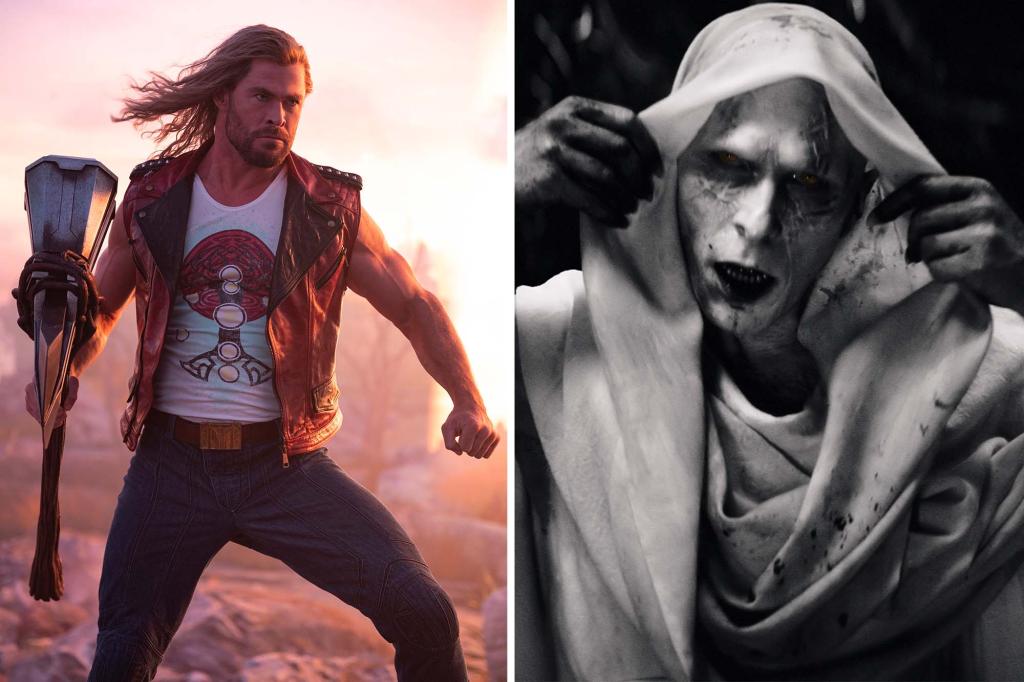 The Marvel Cinematic Universe’s best shot at Oscar glory arrived in the form of Christian Bale’s ferocious Gorr the God Butcher in “Thor: Love and Thunder.”

He’s as fantastic a Marvel villain as you’ll ever see. More menacing than Thanos and richer than Hela from ‘Thor: Ragnarok’. He has the complex motivations of Erik Killmonger from ‘Black Panther’, but with the mesmerizing physical transformation we’ve come to expect from Bale.

The Brit is a glutton for punishment.

Able to lose weight and gain weight with the apparent ease of Alexa delivering the weather report, he is Hollywood’s most addictive freak. In his latest role, the actor is stick-thin (no Batman biceps here) and looks like he might have fleas. And unlike so many of his A-list friends who casually appear in comic book movies to pay for kitchen renovations, he can act sensitively against a green screen. He is sensational.

Bale is part of an utterly thrilling action flick, written and directed by Taika Waititi, who hosts the uneven MCU Phase 4. It’s like “Eternals” never happened. If only…

The New Zealand filmmaker also reprises the role of rock alien Korg, who quickly recaps Thor’s story with his typical dry, pop culture-savvy sense of humor. The “previously enabled” segment is set to “Time only” by Enya.

These days we learn that Thor (Chris Hemsworth) is sitting like a zen under a tree awaiting universe rescue missions. Then he learns of the existence of Gorr, a vengeful guy, killing gods in response to the death of his young daughter in the desert.

If Gorr can reach a device called Eternity, he can defeat all ethereal beings in one fell swoop. Including Thor. Only the thunder god himself can stop it.

Well, Thor and the return of Dr. Jane Foster (Natalie Portman, who everyone forgets was in the MCU). Back on earth, Jane is ill and the couple, who have broken up, reunites in an unexpected and brutal way.

Valkyrie, Tessa Thompson’s party girl, rules New Asgard – a fun mix of gods and school board meetings – here on our planet. And she is drawn into the conflict when Gorr kidnaps all the children in town.

Waititi, who did an equally terrific job with “Ragnarok” and should direct every Marvel movie, never gets lost in plot or vocabulary. Instead, it lures us in with stratospheric stakes for every character and a genuine sense of peril. “Doctor Strange in the Multiverse of Madness” was billed as a rare Marvel horror movie. “Love and Thunder”, funny as it is, is much, much scarier.

For example, towards the end of the film, Waititi uses mostly black and white, and Bale’s Gorr begins to look like an angsty Nosferatu.

Don’t worry – Thor isn’t all horror. This sub-series, along with the hugely enjoyable “Spider-Man” films, are some of the funniest in the MCU since Waititi took over.

We meet new gods such as Russell Crowe’s Zeus, which is straight out of “Monty Python”. And there’s a creepy and hilarious rivalry between Thor’s Hammer and Stormbreaker – two inanimate objects.

And, as much praise as Bale deserves, Hemsworth’s Thor still manages to take a regal, inscrutable figure and make him, for lack of a better word, human. We’re as worried about the God of Thunder saving all the gods in the universe as we are about getting kicked out via a note left in the kitchen.

“Love and Thunder” is an urgent reminder that for the MCU to continue in an entertaining and moving way, creativity and innovation are needed. You can’t just say “multiverse” 1,000 times and call it a movie.