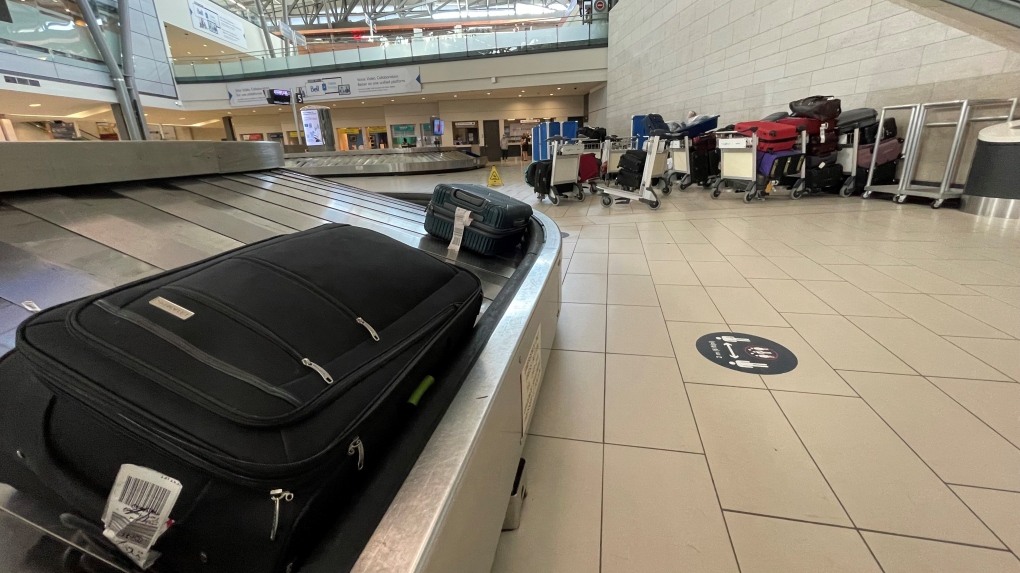 Starting a vacation without luggage is not ideal and spending the first two days of your trip looking for those bags is worse.

It’s not something you’ll find in a tourist brochure. Cédric Leiba is back for the second day at the Ottawa airport, looking for his missing luggage in a pile of bags in the arrivals area.

“I came from Toronto and, uh, my luggage didn’t come,” he told CTV News Ottawa on Tuesday.

The visitor from Florida arrived via Toronto Pearson Airport at noon on Monday. Twenty-four hours later, he was still looking for his bags.

“They told me my luggage would be available that night, it was last night, and it wasn’t,” he says. “We had no alternative but to come to the airport and see what was going on and hopefully find our luggage.”

He is not alone. Ottawa resident Regina Bateson flew to Ottawa on Sunday and her twins’ car seats did not arrive after connecting through Pearson. She says Air Canada gave them car seats for the ride home and she returned Monday to pick up hers.

“There was a kayak, there were kayak paddles, there was just a ton of stuff there,” she says. “When I went to take them out, the officer came and was swimming through the pile of luggage with me. There was another person’s car seat on our car seats. They were on carts There was a wheelchair in front of them and there were other things behind them.

“Due to technical issues, our flight cannot leave on time here, which means we will miss our connection in Toronto, so Air Canada is trying to help us by giving us a hotel, if necessary a taxi, and meal vouchers.”

Travel volume is up around the world, including to Ottawa. The Ottawa airport is seeing up to 68 per cent of pre-pandemic passenger volume, according to airport spokeswoman Krista Kealey.

“Actually, in Ottawa, we’re doing pretty well with it all. Some of the bigger airports that have a lot more passengers are dealing with these kinds of problems a lot more than we are. »

Travel problems are observed all over the world.

“I think the whole aviation ecosystem is kind of in crisis right now, in terms of headcount. Everyone has had to downsize during the pandemic, and scaling takes time,” she says.

But it’s not a hectic experience for everyone.

“No, not at all – if anything, it was a little early,” CJ Woodford, returning from the Maritimes, told CTV News.

“I’m coming from Halifax, it was amazing there were no problems,” said another traveler on a flight from Halifax.

As for Leiba, while being interviewed for this story, an Air Canada employee found his bags.