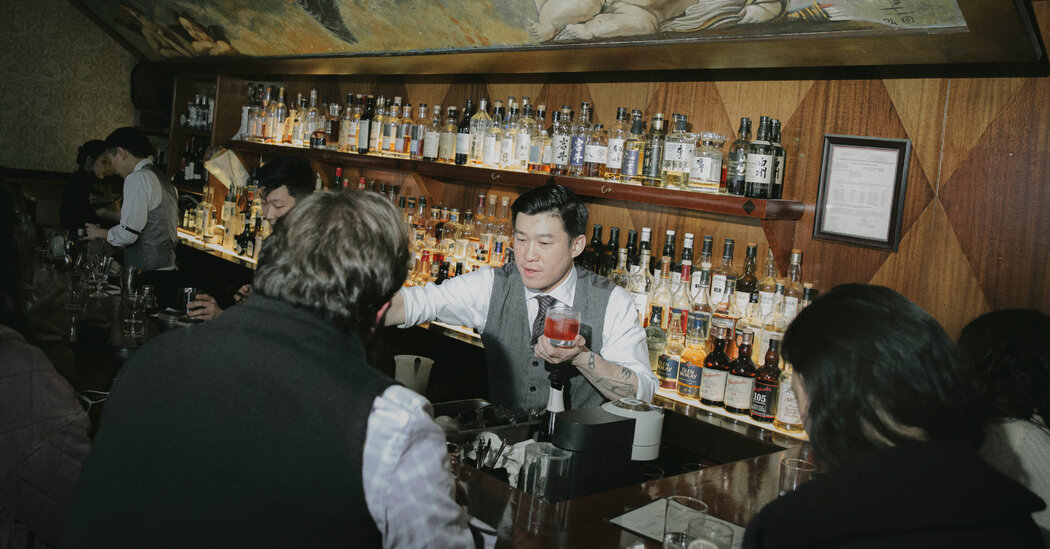 In stark contrast to his bereft customers, he seems calmly resigned to the situation. He still has a sizable — and growing — presence in Industry City. “I start to say, maybe, do I need to keep up with it?” he said. “Is it worth it to run the business? Or maybe, start to do a new venture again, even though I’m older now.”

Tadao Yoshida was born in Niigata, Japan, in 1945 and raised in Yokohama, outside Tokyo. Discouraged by the job situation in Japan, he wondered: “Maybe I should be born again? Start from scratch.” Though he spoke almost no English, he moved to New York in 1969. He was 24. He took classes in English as a second language at New York University, but tuition was costly and classes left him cold, so he opted for experience over education . In his first ventures into the food world, he was a dishwasher and sold barbecued chicken skewers from a pushcart.

In 1970, he found a job at a sweets shop called the Ice Cream Connection. The owner, often out of town, paid Mr. Yoshida $1.25 an hour and taught him to make the ice cream. Catering to the hippie crowd, the shop sold flavors with names like Acapulco Gold and Panama Red. To these, Mr. Yoshida started adding his own creations, green-tea and red-bean ice cream, rarities at that time. In these efforts to bring the flavors of his culture to the East Village, you can detect the origins of Dojo and everything else to come.

The East Village was dangerous then, and Mr. Yoshida was known to keep a long Japanese sword behind the ice cream counter for protection. A story goes that a young John Belushi, after seeing Mr. Yoshida chase away some troublemakers with the sword, was inspired to create his recurring samurai character on “Saturday Night Live.”

“People said that,” Mr. Yoshida admitted. “I’m not sure. After the samurai sketch, people said, ‘Tony, that’s you.’”

The sword was not his only weapon. Mr. Yoshida was an early adopter of martial arts, including karate and aikido, and he wore loose shoes as a young man in case those skills were ever needed.

“Someone tried to rob Dojo, with Tony standing there,” said Lorcan Otway, the owner of Theater 80 St. Marks, a bohemian institution a block from Dojo. “He stepped out of his shoes and began kicking so that his toe just touched his chin, driving the guy back onto the street where he had parked his getaway car, apparently. And Tony said: “You! Get in car! Drive away!”