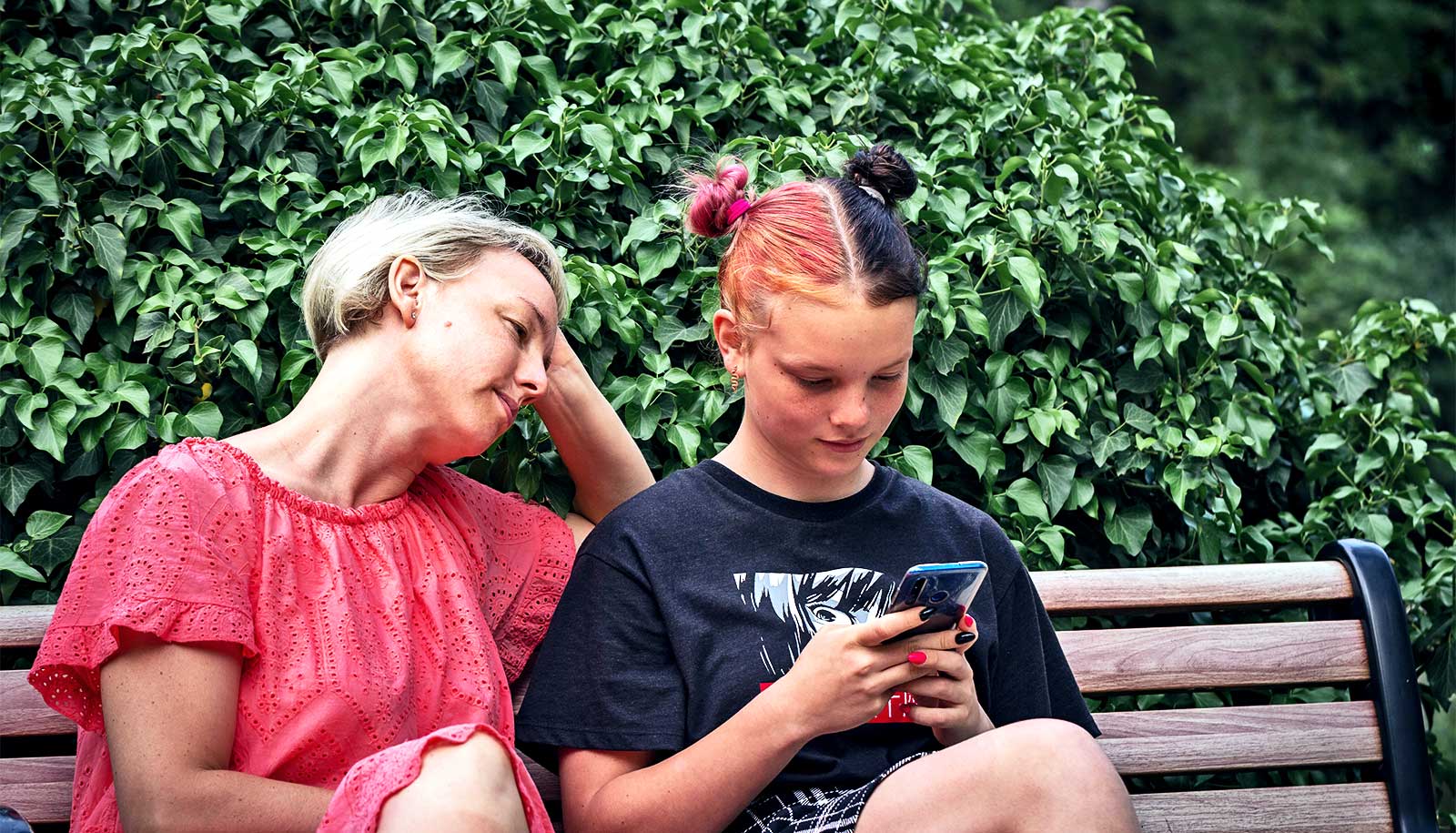 You are free to share this article under the Attribution 4.0 International License.

Teenage brains no longer find mothers’ voices particularly gratifying from the age of 13, according to new research, and begin to tune into unfamiliar voices more.

For study in the Journal of Neuroscienceresearchers have used functional brain MRIs to provide the first detailed neurobiological explanation of how adolescents begin to separate from their parents.

“As a teenager you don’t know you’re doing this. You are just you: you have your friends and new companions and you want to spend time with them. Your mind is increasingly sensitive and attracted to these unknown voices.

In some ways, teenage brains are more receptive to all voices, including their mother’s, than children under 12, the researchers found, a finding that matches teens’ increased interest in many types of social signals.

However, in adolescent brains, the reward circuits and brain centers that prioritize important stimuli are activated more by unfamiliar voices than by those of their mothers. The evolution of the brain towards new voices is an aspect of healthy maturation, according to the researchers.

“A child becomes independent at some point, and this must be precipitated by an underlying biological signal,” says lead author Vinod Menon, professor of psychiatry and behavioral sciences. “That’s what we found: It’s a cue that helps teens engage with the world and make connections that allow them to be socially adept outside of their families.”

Listening to your mom

The team previously found that in the brains of children aged 12 and under, hearing mum’s voice triggers an explosion of unique responses: a study published in 2016 showed that children can identify their mother’s voice with a extremely high accuracy and that the special sound of mom signals not only the auditory processing areas of the brain, but also many areas not triggered by unfamiliar voices, including reward centers, emotion processing regions, processing centers visual and brain networks that decide what incoming information is salient.

“The mother’s voice is the sound source that teaches young children about the social-emotional world and language development,” says Percy Mistry, co-lead author and researcher in psychiatry and behavioral sciences. “Fetuses in utero can recognize their mother’s voice before they are born, but in adolescents, even though they have spent even more time with this sound source than babies, their brains drift away from it in favor of voices that they never heard.

“When teens seem to rebel by not listening to their parents, it’s because they’re wired to pay more attention to voices outside their homes.”

The new study builds on the previous study, adding data from adolescents aged 13 to 16.5. All participants had an IQ of at least 80 and were raised by their biological mother. They had no neurological, psychiatric or learning disabilities.

The researchers recorded the teens’ mothers saying three nonsense words, which lasted just under a second. The use of nonsense words ensured that participants would not react to the meaning or emotional content of the words. Two women who did not know the study subjects were recorded saying the same nonsense words. Each participating teenage girl listened to multiple repetitions of nonsense-word recordings by her own mother and unknown women, presented in random order, and identified when she heard her mother. Just like younger children, teenagers correctly identified their mother’s voice more than 97% of the time.

The researchers then placed the teenagers in a magnetic resonance imaging scanner, where they played back the voice recordings. They also listened to brief recordings of household sounds, such as a running dishwasher, to allow the researchers to see how the brain responds to voices compared to other non-social sounds.

The voices connect us

The researchers found that in adolescents, all voices elicited greater activation in several brain regions compared to younger children: the voice-selective superior temporal sulcus, an area of ​​auditory processing; salience processing regions that filter important information; and the posterior cingulate cortex, which is involved in aspects of autobiographical and social memory.

Brain responses to voices increased with adolescent age – in fact, the relationship was so strong that researchers could use voice response information in adolescent brain scans to predict their age.

What distinguished adolescents from younger children was that unfamiliar voices elicited greater activity than mom’s voice in the nucleus accumbens of the reward processing system and in the ventromedial prefrontal cortex, a region involved in value attribution. to social information.

The shift to unfamiliar voices occurred in these brain centers between the ages of 13 and 14, and there was no difference between boys and girls.

The research will help study what happens in the brains of adolescents with autism and other conditions that affect how they attune to voice and other social stimuli. Young children with autism do not have as strong a brain response to their mother’s voice as typically developing children, the researchers found.

The team is thrilled to have uncovered the foundations of teens’ ability to connect to new people, an important part of overall human engagement with voices. That the brain is so sensitive to voices makes intuitive sense – just ask anyone who has ever felt an emotional jolt hearing the voice of a friend or family member after a long time, say the researchers.

“The voices in our environment are this incredibly nurturing source of sound that makes us feel connected, included, part of a community and part of a family,” says Abrams. “The voices are really what connects us.”

Children’s social interactions undergo a major transformation during adolescence. “Our results demonstrate that this process is rooted in neurobiological changes,” Menon says. “When teens seem to rebel by not listening to their parents, it’s because they’re wired to pay more attention to voices outside their homes.”

The National Institutes of Health, Brain and Behavior Research Foundation, Singer Foundation and Simons Foundation/SFARI, as well as Stanford’s Department of Psychiatry and Behavioral Sciences supported the work.