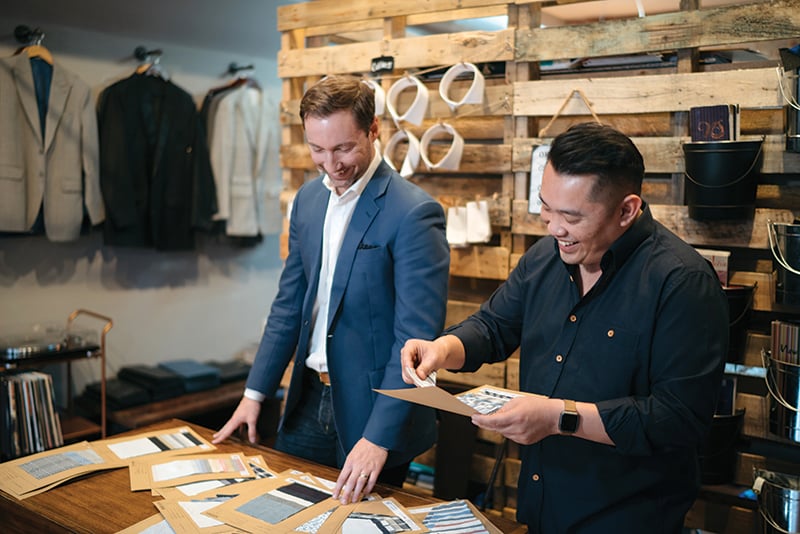 At Appalachian State University, Filipe Ho’s Pi Kappa Alpha fraternity brothers would raid his closet when they wanted something cool to wear. It was always full of quirky designer clothes, sample sales, and her travels to places like Hong Kong, Germany, and France. “He was always the guy to go to,” says Bradley Rhyne, Ho’s frat brother and roommate at the time.

Today, Ho and Rhyne are co-owners of OMJ Clothing, a men’s casual and custom clothing store in the South End. The pair officially launched in 2013, but they came up with the idea while they were still together and dreamed of combining Ho’s fashion sense and Rhyne’s business acumen.

After graduating in 2007, Ho, who grew up in Macon County, moved to Richmond, Va. to work as a national account specialist for Newell Brands. Rhyne, a Gaston County native, returned to the Charlotte area to work in finance for Bank of America. Five years later, with some experience to guide them, they launched Ole Mason Jar, a menswear brand.

Rhyne quit her day job to take on Ole Mason Jar full-time; Ho continued to work full-time for Groupon and then Google, which still employs him. But both have invested in the clothing sector. Rhyne says their goal was to design garments as versatile and timeless as the mason jars her grandmother still uses to store fruits and vegetables. The pair started with button-up and collared shirts made from premium fabrics and gave them slim, flattering cuts.

“That’s when all these Southern-themed brands were born,” Ho says, referring to companies like Southern Proper, Southern Marsh and Rhoback. “We saw that energy and focus on fitness growing at the same time. Young professionals and people wanted things that looked better on them because they were working really hard to be healthy.

After two years of selling their clothes online, Ho and Rhyne have opened a physical store in Brevard Court town centre. It was small, Ho says, but it allowed their brand to add custom costumes and gain exposure.

In March 2020, the duo changed the brand name to OMJ Clothing and moved to the Design Center of the Carolinas in the South End. They continue to sell off-the-shelf garments and can custom design clothing or footwear, formal or casual: T-shirts, sweatshirts, jackets, suits, tuxedos, ties, sneakers, loafers. OMJ uses manufacturers in the United States and overseas that allow them to place small orders without exorbitant fees. Custom t-shirts start at $35, button-up shirts at $125, and suits at around $1,000.

Ho and Rhyne focus on custom clothing for men, but sell to everyone, Rhyne says, “We’ve also adapted a few women for suits.” Courtesy photos. 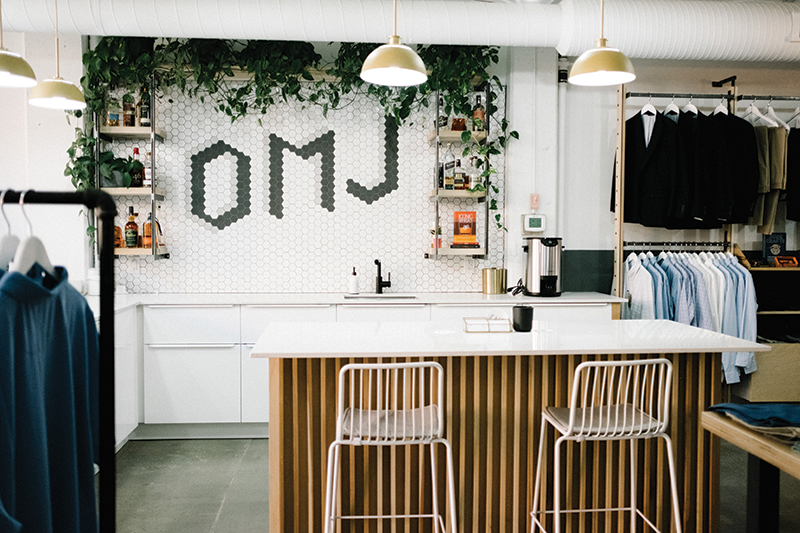 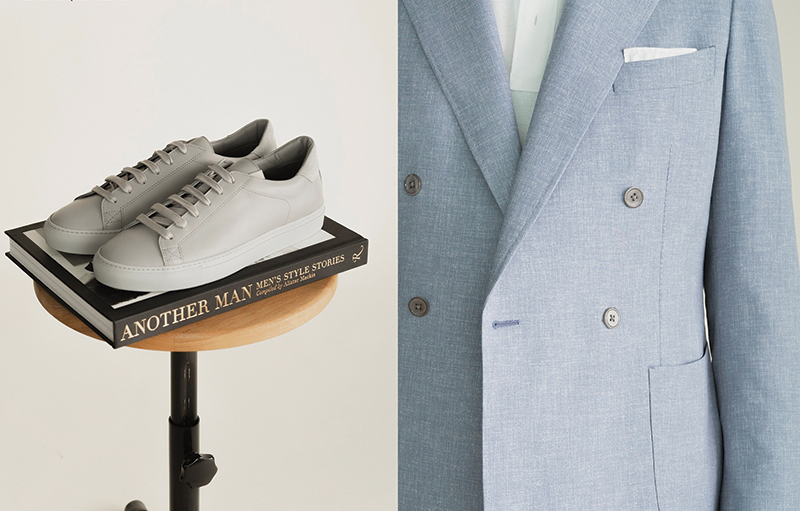 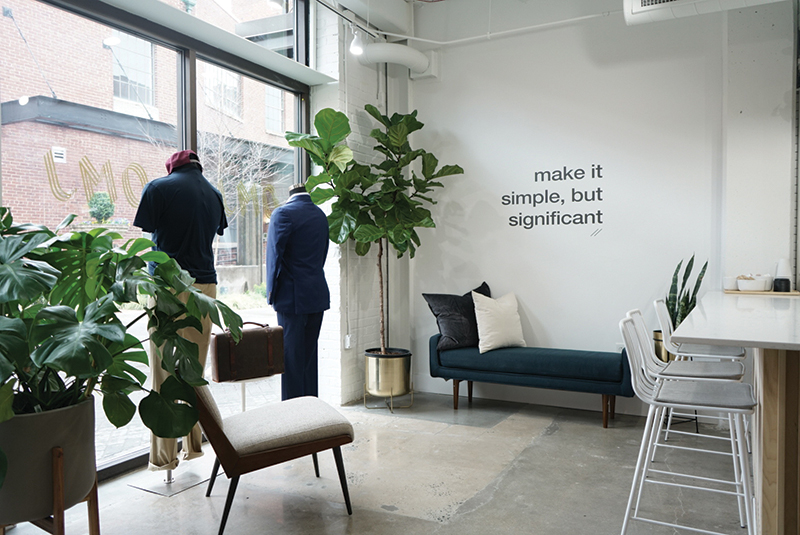 From the outside, the South End space looks like a store. Inside, it looks more like a fancy dressing room in someone’s house. A custom “OMJ” backsplash of hex tiles, cascading philodendrons, and six whiskey shelves adorn the wall. As customers enter, a member of OMJ staff greets them with a drink and invites them to hang out at the bar and chat about what they’re buying.

The whiskey was a hit. This year, Ho and Rhyne will launch The OMJ Whiskey Club, which will host events such as private bottle selections and craft special edition whiskeys for OMJ. (Everyone who joins will be entered into a raffle for an elusive bottle of Pappy Van Winkle 15-year-old bourbon, which typically sells for $3,000-$5,000, if you can find one.)

“Big box retail is dying,” says Rhyne. “There has to be a reason to come to a store. So when we designed this space, we knew we wanted to offer whiskey and it didn’t feel like a store, but a residential place, so guys could come and hang out. It’s like buying a grown-up version of Ho’s college closet, but with customizable options and much better whiskey.

Tess Allen is the associate editor.