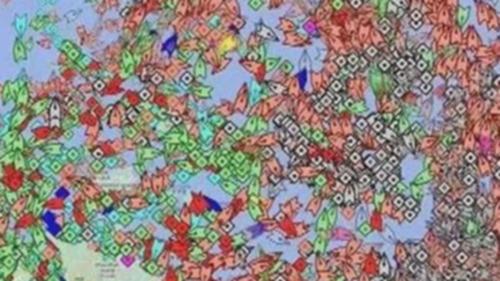 The depths of the world’s shipping woes have been revealed in a stunning new image, which shows thousands of ships stuck off a port in Shanghai.

A global backlog of shipments has been further exacerbated since China went into lockdown as it faces another wave of Covid.

This caused crowds of freighters to line up off Shanghai waiting to enter the port.

Australian National University supply chain management lecturer David Leaney said it is estimated that around 1,000 ships are in the image.

“To put that into context, the total number of ships queuing all over the world is usually around 4,000 and we’re talking about 1,000 in a Chinese port,” Leaney said.

A tenth of items shipped globally are thought to be stuck in Chinese ports, with Shanghai being the busiest in the world.

Mr Leaney said this was one of the factors behind the rising costs.

“If you’ve already paid for your item, the cost doesn’t increase,” he said.

“But the cost of the next item, the cost that they add to the quote for the item after that, they all go up.

Mr Leaney said customers should expect to wait “weeks to months” for deliveries depending on the type of product they ordered.

“For some items like a new car or electronic items, it can take 12 months.”

But for anyone hoping for a reprieve or a quick fix, Mr Leaney has bad news, saying the problems could continue well into 2022.

“It takes an awful lot of time to get this (shipping) working properly again,” he said.

“If we fix the Covid issues tomorrow, the other issues will still take months to sort out.

“It takes months to fix the issues that are causing the problem, and then months to get everything working properly again.”