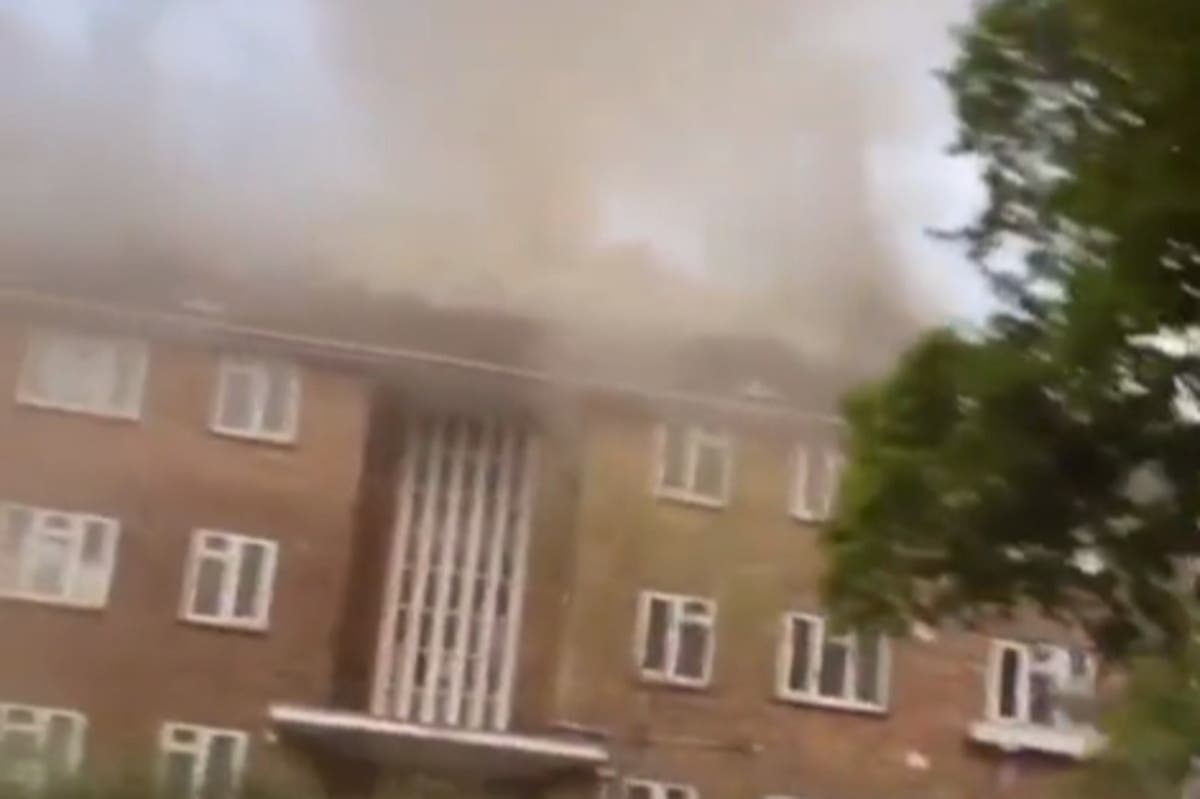 Huge plumes of smoke have been sent into the London skyline after a fire broke out on the roof of a derelict building in south London.

London firefighters brought the blaze under control at the abandoned housing estate around 7pm on Tuesday.

Video footage shows the moment the roof begins to smolder in the flat fire of Conifer House, Southend Road in Beckenham.

Smoke was seen for miles around, with residents reporting that the vacant building had been occupied by squatters in the past.

An LFB spokesperson said: “It turns out it was a derelict building which was thankfully not in use. The roof was lit up which meant it looked quite impressive.

“We’re using an aerial device to fend off hotspots and we’ll probably be here for a while.”

No injuries were reported at the scene.

An investigation is underway to find out what started the fire.