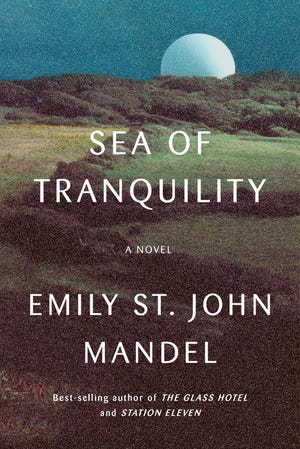 In search of something good to read? USA TODAY’s Barbara VanDenburgh scopes out the shelves for this week’s hottest new book releases. All books are on sale Tuesday.

What it’s about: The author of “Station Eleven” and “The Glass Hotel” returns with a fantastical new novel that sweeps across time and space, taking readers from Vancouver Island in 1912 to a lunar colony 500 years later.

The buzz: “By turns playful, tragic, and tender, this should not be missed,” says a starred review from Publishers Weekly.

What it’s about: It’s been nearly 12 years since Egan’s Pulitzer Prize-winning novel “A Visit from the Goon Squad” was hailed as a postmodern masterpiece. In this sibling novel, tech guru Bix Bouton creates “Own Your Unconscious,” a technology that allows users to access and share every memory they’ve ever had.

The buzz: “A thrilling, endlessly stimulating work that demands to be read and reread,” says a starred review from Kirkus Reviews.

What it’s about: The poet and Pulitzer Prize finalist pens a poignant, powerful book that meditates on the challenges facing young Black America at a crucial time in American history.

The buzz: A starred review from Kirkus Reviews calls it “A dynamic critique on the sprawling effects of racism and its effects on today’s youth.”

What it’s about: Renowned nuclear scientist Anna Berkova tears through time when Chernobyl’s reactor melts down, sending her and three generations of brilliant women on a quest to right the wrongs of the past and prevent the nuclear disaster.

What it’s about: Nancy Harrison’s Senate campaign is on the ropes thanks to her floundering grown children – especially Greta, who makes headlines when she takes up with extremist protesters in Paris. Mother and son Nick must find her before it’s too late.

The buzz: “Ooh la la. The Senate race may be tight, but this book is a shoo-in,” says a starred review from Kirkus Reviews.