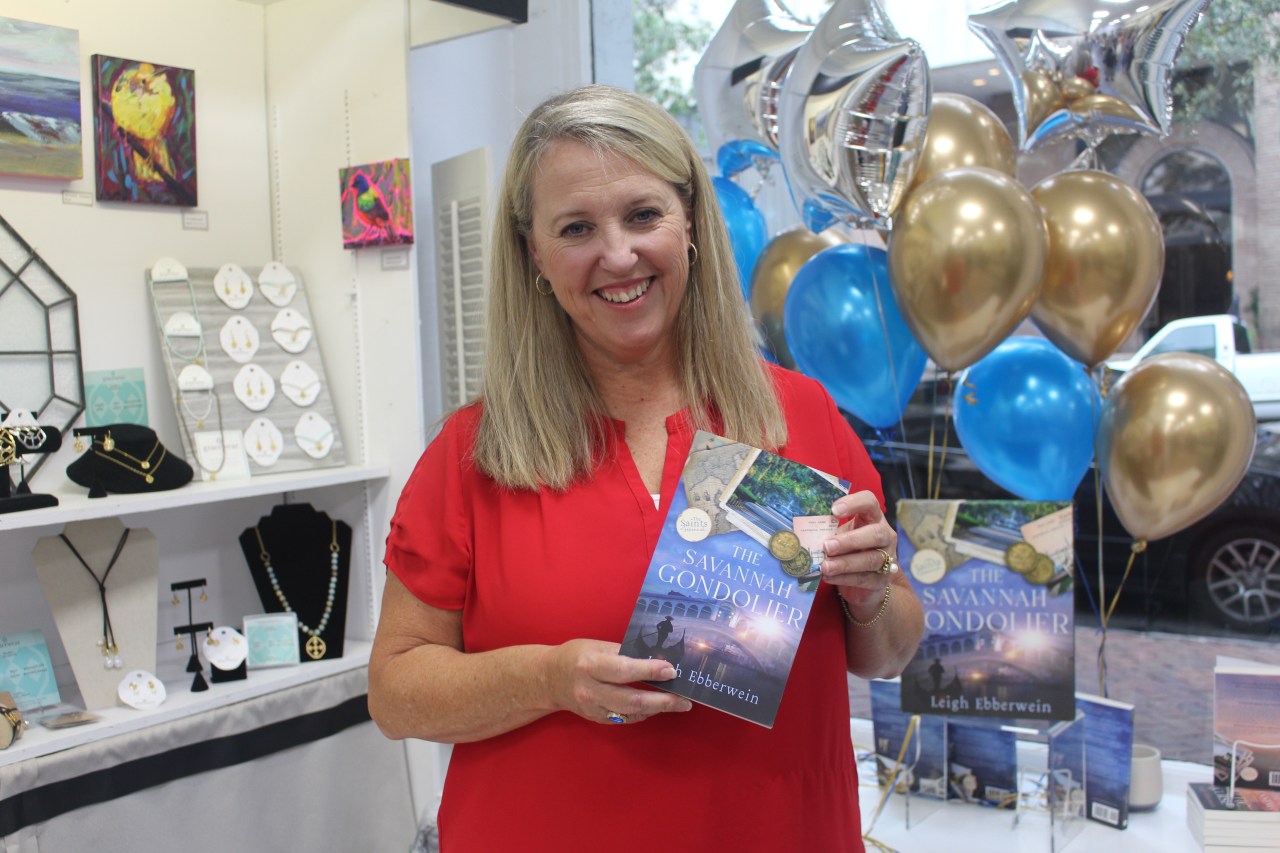 SAVANNAH, Ga. (WSAV) — A local author has released her second romance novel after opening her own publishing house. Leigh Ebberwein said during an interview at her book signing Monday that her books are partly inspired by her experiences living in the Savannah area.

Ebberwein’s first novel was called “The Blessing of the Celtic Curse”, kicking off the series with a romance between a woman from Savannah and a man from Ireland. Now the latest book titled “The Savannah Gondolier” brings its readers to Italy.

“So much of Savannah and Tybee is real,” Ebberwein explained.

Ebberwein started writing less than three years ago when she was suddenly inspired to create her own series. The series, titled “The Saints of Savannah,” follows the experiences of a friend group of six girls. Each of the women has her own path that leads her to love.

Ebberwein said his main goal in writing these books was to inspire more joy in others.

“I think there’s a lot of serious stuff out there,” she said, “I think people read to relax and to be entertained and I just want to make people happy.”

The series is available in many places, such as through Amazon by clicking the link here, or you can buy them locally from E. Shaver Booksellers.