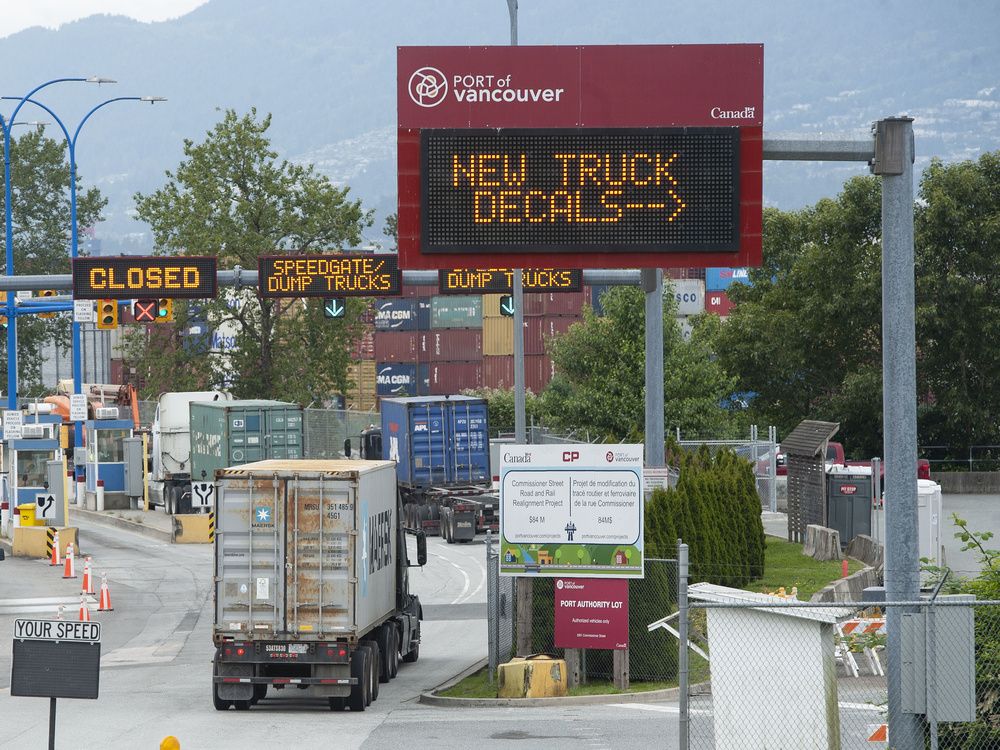 Port of Vancouver truckers will delay strikes for July in a bid to continue negotiations with the port and the federal government, the union announced Tuesday morning.

On Friday, 639 members of the United Truckers Association voted unanimously in favor of industrial action against a recent Port of Vancouver directive that prohibits operators from driving vehicles over 12 years old.

Truckers are upset about the Rolling Truck Age program, which is due to start on September 15 and will affect about 20% of the 1,800 trucks that transport containers to and from ports in a bid to reduce emissions.

Members, however, pledged to keep July open for possible negotiations before taking action, according to union spokesman Gagan Singh.

“While the overwhelming will of our members is now evident, we continue to look forward to reaching a meaningful exchange and resolution with the Port of Vancouver and the Government of Canada,” Singh said in a statement Tuesday.

“UTA will only go on to close in August if the current plan continues without mitigation.”

Singh said Transport Minister Omar Alghabra had not responded to their concerns for five months. He said that for the country’s economic recovery from COVID-19 to continue without further disruption to the supply chain, the minister “is going to have to come up with a different approach in the coming weeks.”

The union plans to announce the type of industrial action it will take closer to August.

The Rolling Truck Age program has been on the Port’s agenda since 2012. In 2015, the Port announced to drivers that the program would come into effect in February 2022.

The objective of the program is to reduce greenhouse gas emissions, responsible for global warming.

In early June, the port announced that the consultation was over, some concessions had been made, and the program would continue. The port’s decision is supported by the BC Trucking Association.

According to the port, around 80% of the trucks serving the port are already compliant.

—with files by Glenda Luymes