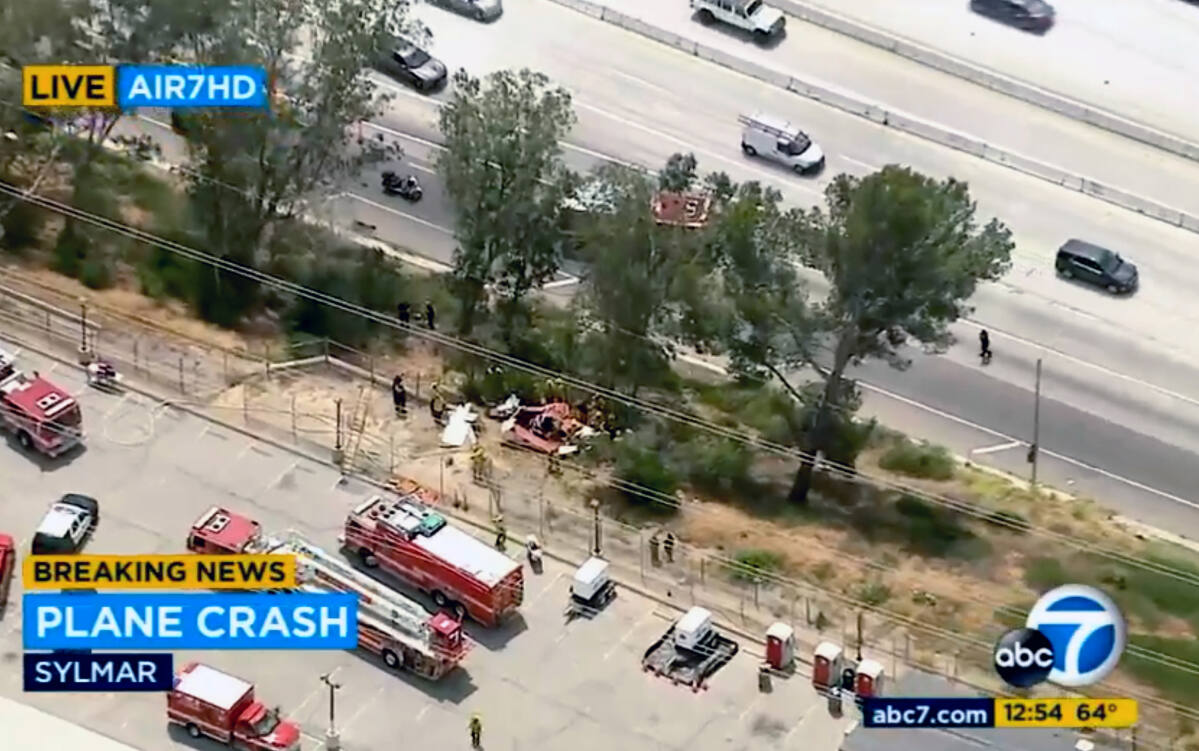 LOS ANGELES — The pilot killed in the crash of a small plane along a Los Angeles freeway last month had reported a problem with his landing gear, according to a preliminary report released by the National Transportation Safety Board.

The pilot, who has not been identified, was the only person aboard the twin-engine Cessna 337 Skymaster when it crashed around 12:30 p.m. on April 20.

The wreckage came to rest among trees on an embankment along Interstate 210 in the Sylmar area north of the San Fernando Valley.

Shortly after takeoff from nearby Whiteman Airport, the pilot radioed that his landing gear was not fully retracted, the NTSB said.

“The tower staff approved his request. There were no further radio transmissions from the pilot,” the preliminary report released on Monday said.

The plane’s left wing struck a fence before the plane touched down, investigators found.

The investigation is ongoing, officials said.