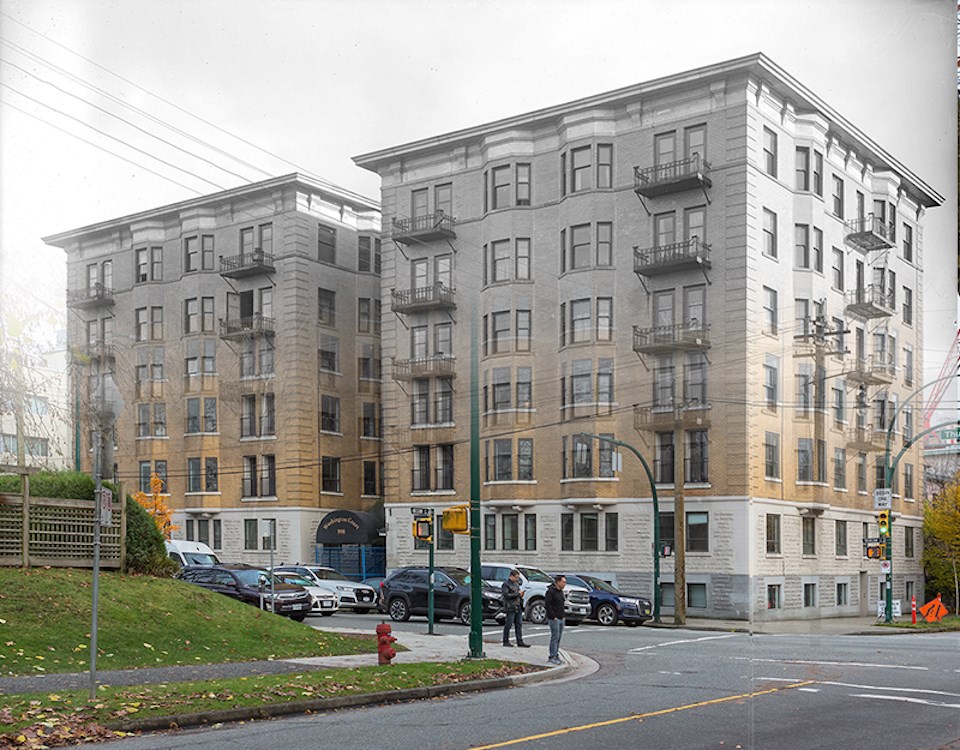 When constructed in 1910, this building at 998 Thurlow St had five stories. Several months later, a sixth floor was added, as shown in this photo.

In 1966, a fire destroyed the top floor of Washington Court Apartments, and it is now only five stories tall. In 2018, another fire damaged several suites in the West End building.

And this is the “upstairs” of Washington Court.