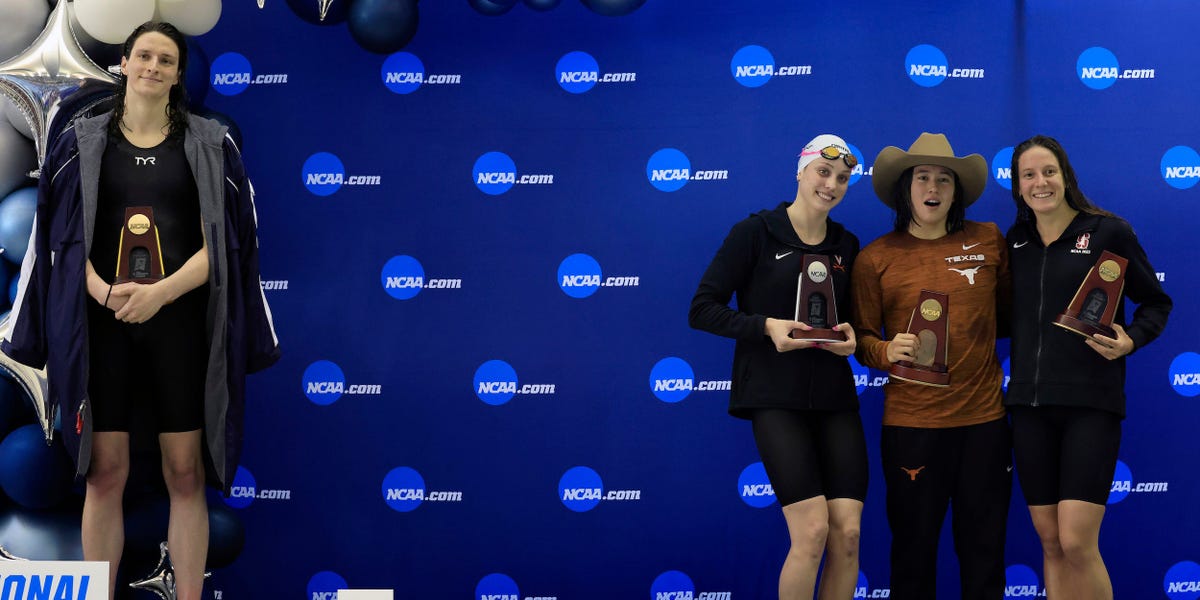 While speaking at the University of Virginia during an event hosted by Young America’s Foundation, Pence sided with Weyant, the runner-up to the University of Pennsylvania’s Thomas in the 500-yard freestyle women’s race. The competition result has become a famous cause among conservatives who are vehemently against transgender athletes participating in sports for their schools.

When a student in the audience lamented that the university’s “tradition of excellence” was recently “upended by the woke left,” Pence was then asked what he would say to Weyant, who the student claimed was “was robbed of a medal.”

“Thank you so much for that thoughtful question. Emma Weyant won that race,” Pence said.

He continued: “I know that in his State of the Union address, President [Joe] Biden promised to stand for the God-given right of men to compete in women’s sports.”

Since taking office, Biden has spoken up and advocated for the rights of LGBTQ Americans and recognized last month’s Transgender Day of Visibility.

Laughter erupted in the audience after Pence’s statement.

“Common sense needs to reign, and it will reign. Women’s sports is a pathway toward achievement and excellence,” the former vice president said.

He added: “I expect there are some outstanding women athletes in the room today — maybe some looking on. And we need to defend the integrity of women’s sports in America for the benefit of women everywhere.”

Pence’s comments mirror that of Gov. Ron DeSantis of Florida — who is up for reelection this fall and has become one of the most recognizable potential 2024 Republican presidential candidates in the country.

“It is my determination that men should not be competing against women such as Emma Weyant, robbing women and girls of achievements, awards, and scholarships,” he wrotecalling Thomas a “male identifying as a woman.”

Former President Donald Trump in recent days has also stoked Republican angst over the issue, arguing that GOP control of Congress in 2023 would mean conservative issues would gain prominence in the national dialogue in the lead up to a potential rematch between the former president and Biden.

“We will not by the way, have men participating in women’s sports,” Trump said during a Saturday rally in North Carolina, in what has become a rallying cry for his supporters in recent months.

Pence has also reportedly been mulling a 2024 presidential bid of his own, which would put him in a direct path against his former boss — and potentially DeSantis.