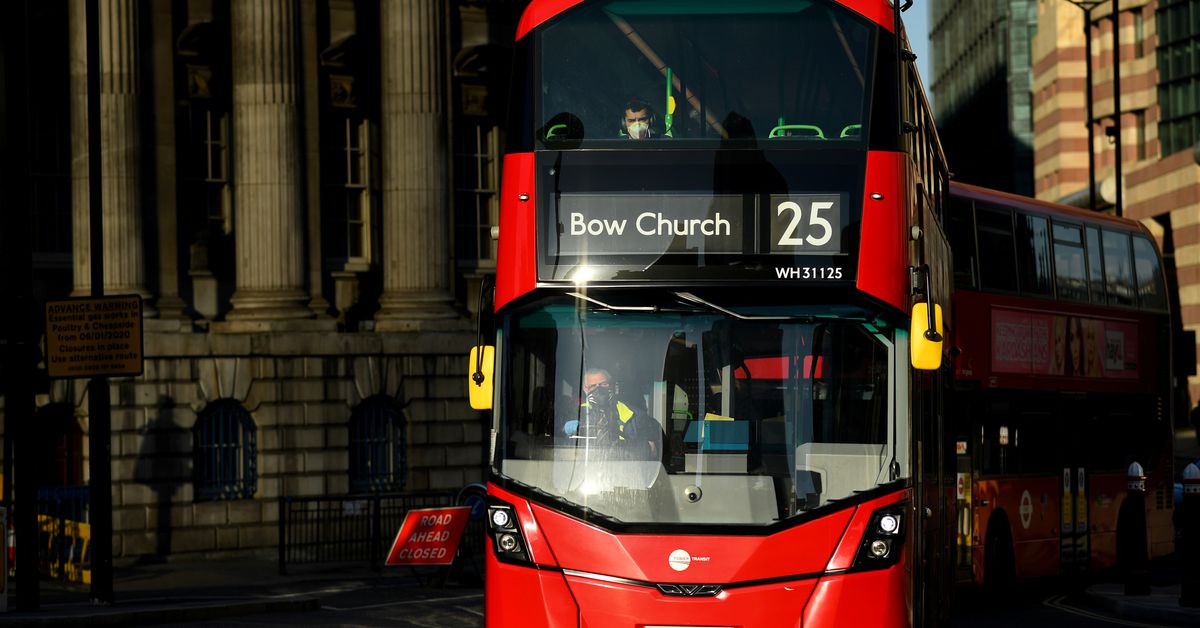 A bus driver and passenger wear protective masks while traveling by bus through the City of London as the spread of the coronavirus disease (COVID-19) continues, London, Britain, April 20 2020. REUTERS/Dylan Martinez

LONDON, Sept 23 (Reuters) – A British workers’ union said it had won a 10% pay rise for 1,600 bus drivers at transport company London United after a four-day strike last month that led to new discussions with the employer.

“It was a tough win. By standing together and carrying out a strike, our members have ensured that they will receive a significantly improved pay rise,” said Unite General Secretary Sharon Graham. The union also said the workers were initially offered a 3.6% pay rise.