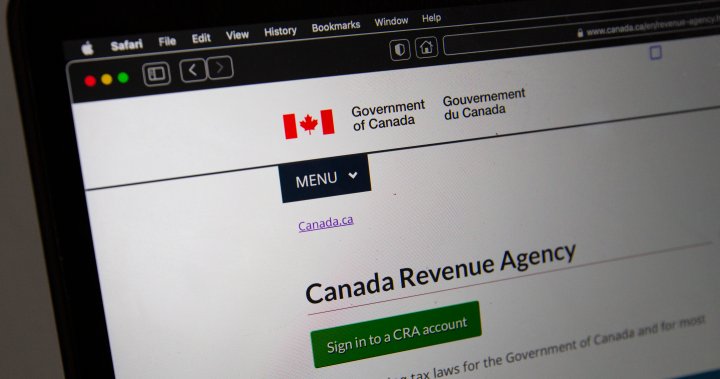 The federal government loses an average of $22 billion a year in unpaid taxes, according to a new report from the Canada Revenue Agency that analyzed tax collection from 2014 to 2018.

In its first report on Canada’s “Overall Tax Gap” released Tuesday, the CRA estimates that the net tax gap for those five years, or the amount of money owed to the government that it hasn’t actually collected, amounts to 111.2 billion dollars.

Although the net amount of uncollected tax has tended to increase over this period, with estimates as high as $23.4 billion in 2018 and $23.5 billion in 2017, the ratio is held steady each year at 9% of overall federal tax revenue.

But the CRA considers the personal income tax system to be largely “tax assured,” meaning it expects low risk of non-compliance.

The corporate tax revenue gap, meanwhile, was estimated at $4.6 billion to $7.3 billion per year, representing between 10 and 17 percent of expected revenue in this category.

Non-compliance related to large companies was the most important factor, according to the report, while small and medium-sized companies were less important.

The report also found that between 8 and 10 percent of expected harmonized sales tax revenues go unpaid each year, an average of about $3.9 billion.

And smaller sums, between $400 million and $500 million a year, have not been paid under the excise tax system, largely because of the illegal production of cigarettes, although the non – compliance by excise licensees and registrants was “very low”.

The CRA says compliance and collection efforts over the five years covered by the report recovered an additional $72.4 billion that would otherwise not have been paid.

The report says the agency uses a “specialized compliance approach” to triage business audits and takes a “balanced approach” to non-compliance by offering options such as payment terms and waiver provisions. relief for taxpayers before taking legal action.

While intentional tax evasion, failure to report income and excessive claiming of tax credits account for some of the uncollected money, the agency adds, unintentional errors and ignorance are also at play.

The federal NDP reacted to the CRA statistics by calling on the Liberals to get tougher on tax avoidance, accusing the government of “turning a blind eye” to offshore tax havens.