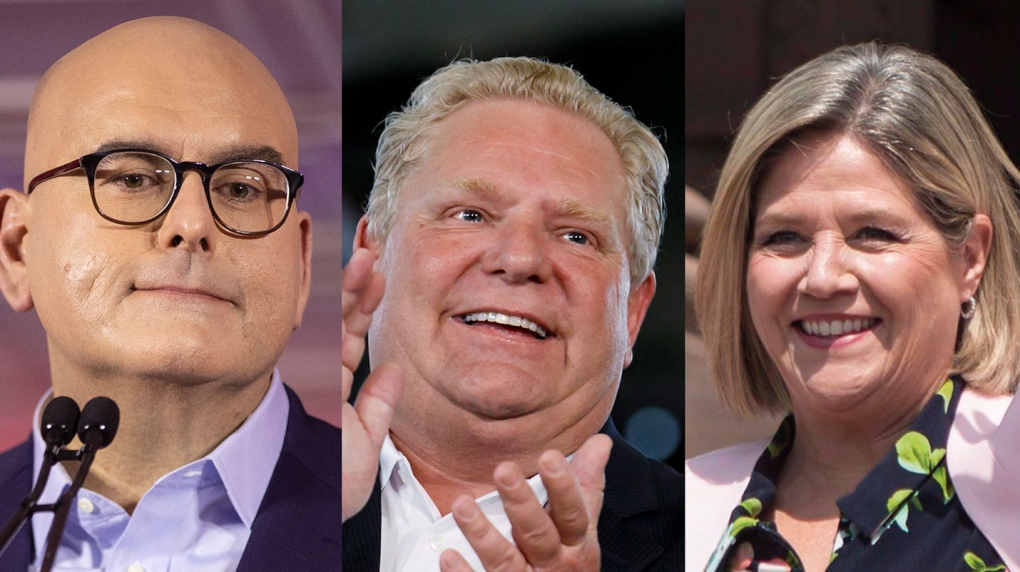 Doug Ford and his Progressive Conservative party have a seven-point lead heading into the official start of Ontario’s provincial election campaign on Wednesday, according to a new poll.

The Nanos Research survey of 500 adults was commissioned on behalf of CTV News and CP24.

About nine percent of voters are still undecided.

The results indicate a tight race in the GTA where the Conservatives are just one point ahead of the Liberals at the start of the campaign (31% to 30%).

When it comes to Ontarians’ choice for premier, Doug Ford was chosen by a plurality of respondents (29.9 per cent), but his support lags behind that of the party he leads.

Meanwhile, just 17% of respondents said Steven Del Duca was their favorite prime minister despite a much higher proportion of decided voters who indicated they intended to vote for the party.

The dichotomy was less pronounced for Andrea Horwath. Around 22.8% of respondents said the leader of the NDP was their preferred choice for premier, closely tracking overall party numbers.

The survey was conducted between April 28 and May 2, both online and by phone. It is considered accurate to within 4.4 percentage points, 19 times out of 20.


Nanos conducted a dual-frame (landline and cellphone) RDD hybrid randomized telephone and online survey of 500 Ontario residents, aged 18 or older, between April 28 and May 2, 2022 in the as part of an omnibus survey.


The results have been statistically verified and weighted by age and gender using the latest census information and the sample is geographically stratified to be representative of Ontario. People were called randomly using random dialing with a maximum of five callbacks. The margin of error for a random survey of 500 Ontario residents is ±4.4 percentage points, 19 times out of 20.