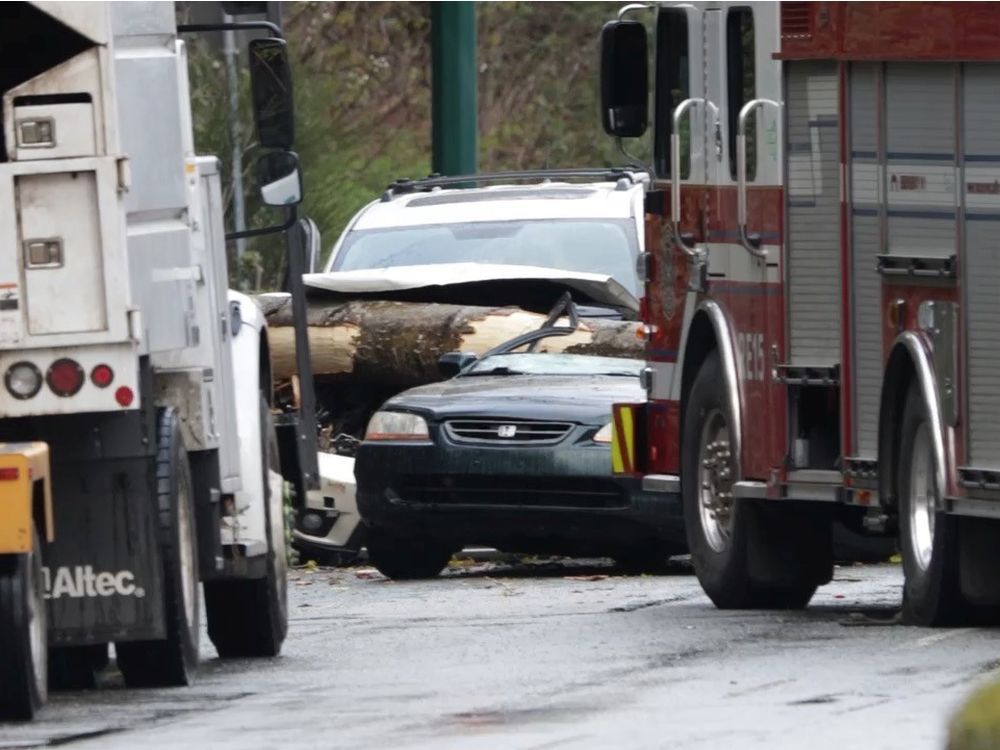 The driver of a dark Honda sedan with Alberta plates has died after a freak incident on Marine Way in South Vancouver on Tuesday afternoon.

According to a Vancouver Fire and Rescue Services spokesperson, firefighters were called to the scene at Marine Way and River District Crossing shortly after 5 pm

Four units responded, including a heavy rescue truck and medical services truck, and found one vehicle — the Honda — completely crushed by a tree and another vehicle (a white Dodge SUV) also damaged.

Images from a City of Vancouver traffic camera show the tree fell across all three lanes of the westbound flow from the north side of the road. It landed right in the middle of the roof of the Honda, completely crushing the vehicle. The white SUV came to rest with the tree across its hood.

“One tree came down and struck the vehicle that has the fatal and then the white SUV hit it. The tree was pushed about 30 feet along the road,” MacKichan said.

Marine Way between Kerr Street and Boundary Road is closed while officers investigate.

Anyone with dash cam footage from the area between 5 and 6 pm is asked to call VPD’s Collision Investigation Unit at 604-717-3012.