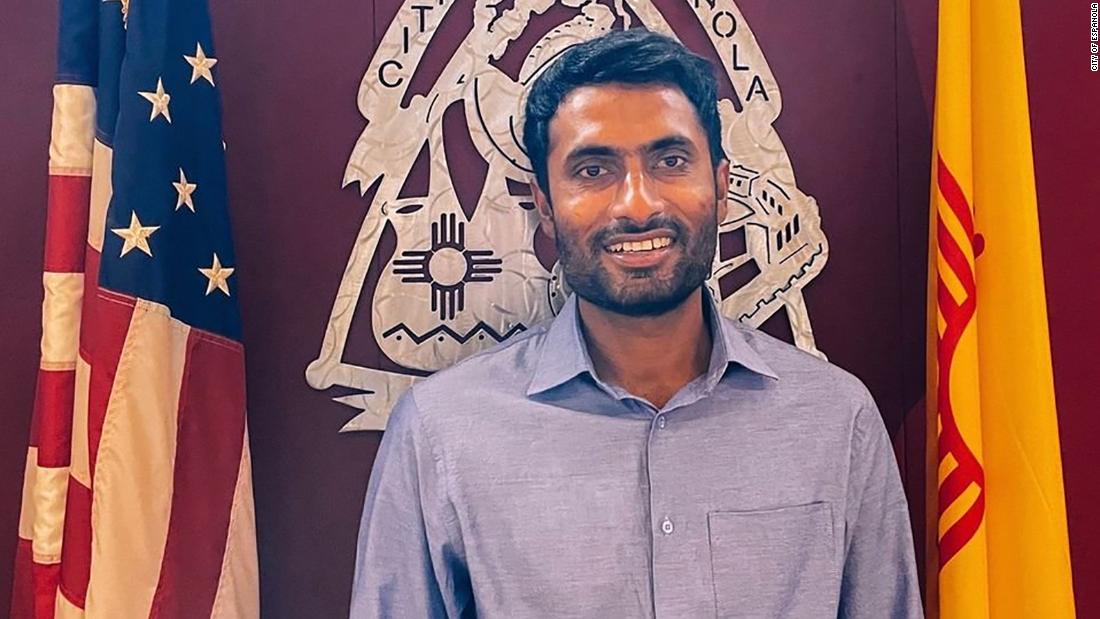 Police believe Muhammad Afzaal Hussain’s death on August 1 may be linked to the murder of three other Muslim men. The most recent killing, which Albuquerque police were alerted to Friday night, came a day after authorities determined there was a link between the murders of Hussain and Aftab Hussein, 41, who, as Hussain, was originally from Pakistan.

Detectives are working to determine whether the November murder of Mohammad Ahmadi, an Afghan Muslim who was killed outside a business he ran with his brother, was also linked.

At the time he was killed, Hussain was working on the city planning team in Española, New Mexico, according to a press release from the mayor, who said he was “deeply saddened” to learn of the death. of man.

“Muhammad was sweet and kind, and laughed fast,” Mayor John Ramon Vigil said in a press release last Wednesday. “He was highly respected and appreciated by his colleagues and members of the community.”

Hussain, who had worked for the office for a year, studied law and human resource management at Punjab University in Pakistan, the mayor’s statement said, before earning master’s and bachelor’s degrees in community planning. and regional from the University of New Mexico.

“Our municipal staff lost a member of our family,” the mayor said, “and we all lost a brilliant public servant who wanted to serve and better his community.”

The FBI is involved in the investigation, according to a press release from the Albuquerque Police Departmentwho created an online portal where residents can upload videos and images that can help authorities investigate recent murders. The local Crime Stoppers committee has voted to increase a reward for information that helps lead to a $15,000 to $20,000 arrest.
“These shootings are disturbing,” Albuquerque Police Chief Harold Medina said at a news conference Saturday, shortly after the fourth victim was discovered.

Albuquerque police responded just before midnight Friday to reports of a shooting in the Truman Street and Grand Avenue area, and found the victim dead, according to the police department’s news release. The victim, a Muslim man believed to be in his mid-20s, was from South Asia, police said. His identity has not been formally confirmed, the statement added.

“Our top priority is to keep the community safe and we ask the Muslim community in particular, to be vigilant, to look out for each other. If you see something say something,” he said on Saturday. the chief of police. “Evil will not prevail.”

The Council on American-Islamic Relations is also offering a $10,000 reward to obtain information leading to the arrest and conviction of those responsible, the organization said, calling the series of killings a “horrific and heinous shooting”.

“We thank local, state, and federal law enforcement for their continued work on this crisis, and we call on the Biden administration to ensure authorities have all the resources necessary to both protect the Muslim community of Albuquerque and arrest those responsible for these horrific crimes before they claim more innocent lives,” CAIR Deputy National Director Edward Ahmed Mitchell said in a statement.

CNN’s Raja Razek and Christina Maxouris contributed to this report.