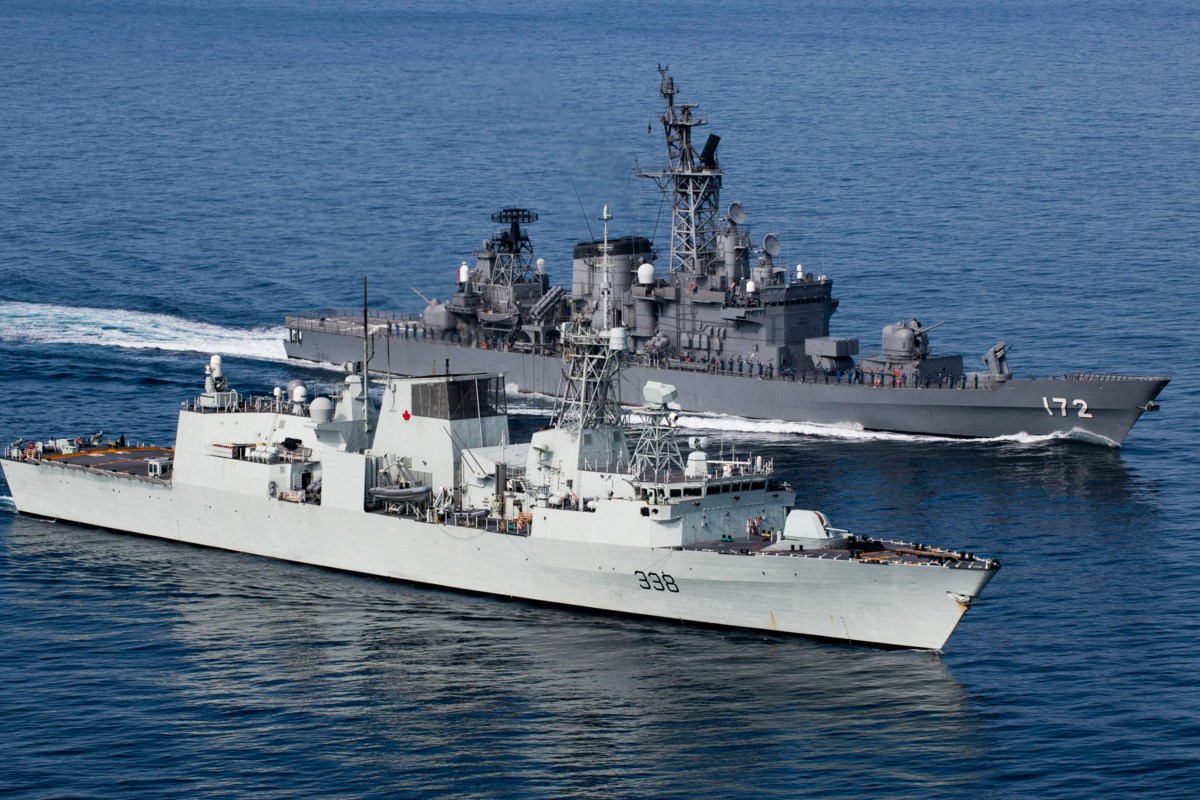 Ships entering the port will kick off Fleet Weekend, a three-day event aimed at raising awareness of Navy capabilities as well as employment opportunities.

Starting at 9 a.m. on Saturday, people will be able to tour the ships and see several related exhibits. Visits and exhibitions close at 4 p.m.

From 10am to 11.30am on Sunday there will be a ceremony commemorating the Battle of the Atlantic, held at the Sailor’s Point Memorial in Waterfront Park. The battle was the longest continuous military campaign of the Second World War, and one in which Canada played a vital role.

Second Lieutenant Wilson Ho told North Shore News that Fleet Weekend is important because it allows the general public to see what Navy sailors are doing on a day-to-day basis.

“The general public will have the opportunity to interact and speak with the sailors, and may also have unique opportunities such as touring the upper decks of a Canadian Patrol Frigate or Maritime Coastal Defense Vessel, and seeing what type of equipment the MRC uses. ,” he said.

Ho said he encourages people to ask sailors what they do, what their experiences are and what they like about the navy.

All weekend entertainment is free.