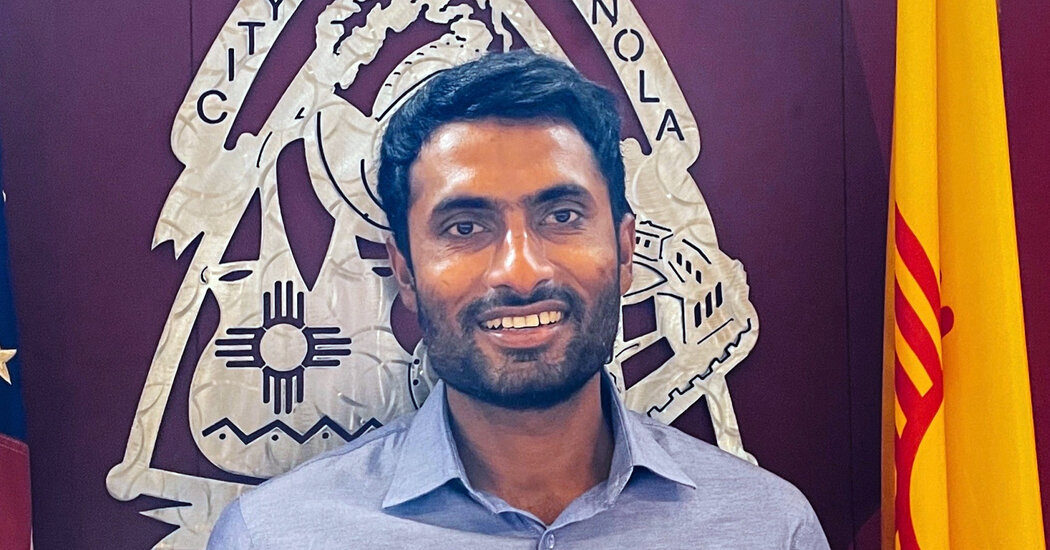 Albuquerque police are investigating the murder of three Muslim men who they believe may be related.

Muhammad Afzaal Hussain, 27, and Aftab Hussein, 41, two Pakistanis who attended the same mosque, were shot and killed a week apart, police said. Mr. Hussain, who was killed on Monday, was the director of planning and land use for the town of Española, about 90 miles north of Albuquerque. Mr. Hussein, killed on July 26, worked at a local cafe.

A third Muslim man was killed shortly before midnight on Friday, police said. The identity and age of the latest victim have not been released, although police said he was a “young man” from South Asia.

Authorities said they believe the recent violence may also be linked to the November 2021 killing in Albuquerque of Mohammad Ahmadi, 62, a Muslim from Afghanistan. Mr Ahmadi was killed outside a business he and his brother ran on San Mateo Boulevard, police said.

The Albuquerque Police Department, along with the Federal Bureau of Investigation and the Bernalillo County District Attorney’s Office, are asking townspeople to provide any information that may be related to the murders.

“It’s something that affects all of us,” Bernalillo County District Attorney Raúl Torrez said at a Saturday news conference. “Every member of this community needs to stand up.”

Governor Michelle Lujan Grisham said on Twitter on Saturday that the killings were “deeply irritating and totally intolerable” and that she was sending more state police officers to help Albuquerque police and the FBI. She also expressed her solidarity with the Muslim community in the state.

Officials at the Islamic Center of New Mexico, still reeling from the Friday night funeral for Mr. Hussain and Mr. Hussein, said they were shocked to learn of another death the next morning and that the killings had Muslims in the city fearing for their safety.

The Council on American-Islamic Relations, the nation’s largest nonprofit Muslim civil rights group, said Friday it would offer a $10,000 reward to anyone who could provide information that would lead to the arrest. and the conviction of the person responsible for the murders.

“We’ve really never seen anything like this, where there are multiple similar murders that seem really connected,” said Ibrahim Hooper, the council’s national communications director.

Nihad Awad, the national executive director of the council, said in an interview that the the tragedies affected not only the Muslim community but all Americans. “We must be united against hatred and violence, regardless of the race, religion or origin of the victims or perpetrators,” he said. “We urge anyone with information about these crimes to come forward by contacting law enforcement.”

Amid the shock, outrage and anxiety, those who knew the victims also expressed their grief and paid their respects on Saturday.

Erika Roberts, who did her graduate studies with Mr. Hussain at the University of New Mexico, recalled that her classmate always had a smile on her face.

“Muhammad was friendly and enthusiastic in everything he did,” she said. “I was impressed that coming from Pakistan, he is dedicated to making our communities in New Mexico better, safer and more compassionate.”

She added: “He always had a kind word to say. Nothing bitter ever came of him.