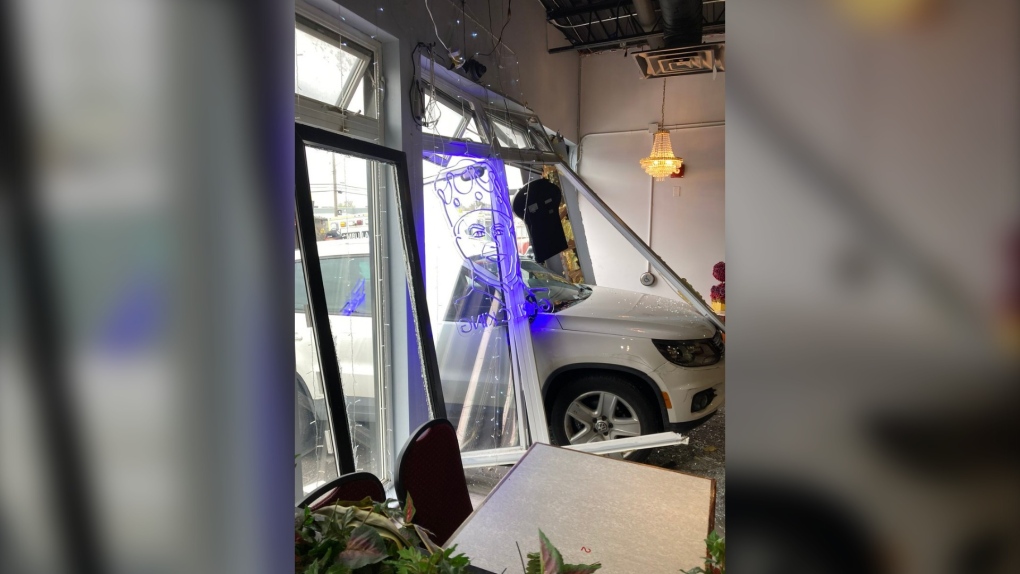 One person was treated for a minor injury after a driver crashed into an Orleans restaurant on Tuesday afternoon.

The driver was not trapped, but firefighters were called to assess the integrity of the building, which houses the Garlic King restaurant.

Ottawa paramedic spokesman Marc-Antoine Deschamps said two people were assessed at the scene and released and one was slightly injured. No one needed to go to the hospital.

The building did not need additional structural support and police were able to safely remove the vehicle from the front of the restaurant, Ottawa Fire Department spokesman Nick DeFazio said.

It is not known why the driver crashed through the window. Police say there is an active investigation.

The restaurant remained closed for the day Tuesday, but plans to reopen Wednesday.


@OttFire The Technical Rescue Team is en route to a business on St Joseph Blvd b/w St Jean Rd & Belcourt Blvd after a vehicle drove through the front of the business. The driver was not trapped and our technical rescue team was asked to check the integrity of the building. #OttNews pic.twitter.com/hGt6EmabN0