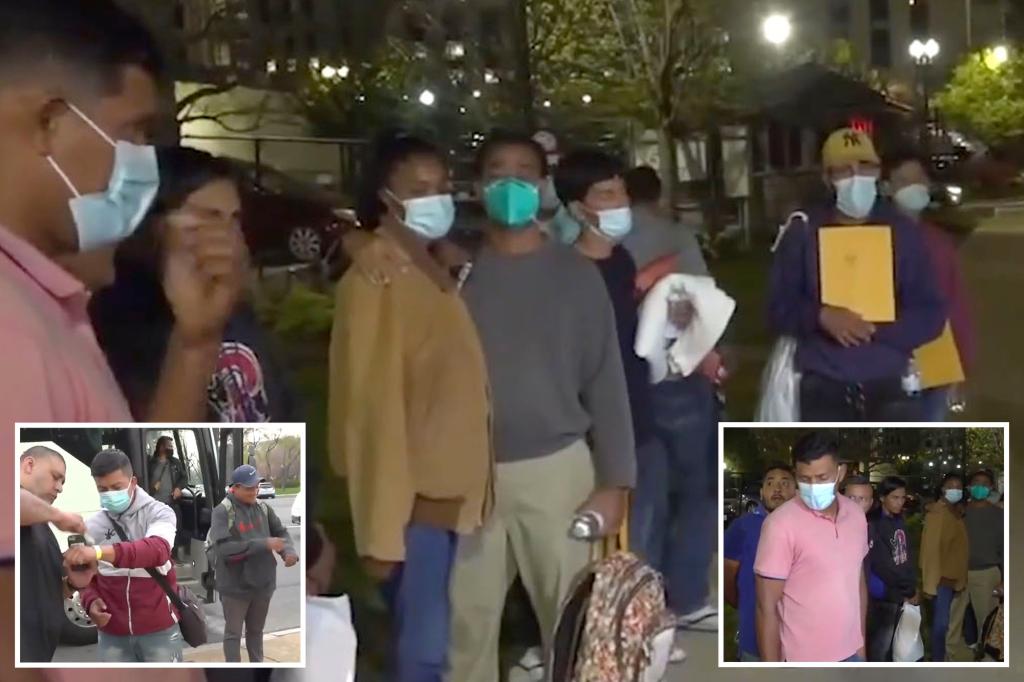 A second bus filled with migrants traveling from Texas arrived in Washington DC early Thursday morning, joining an initial group that arrived the day before as part of Republican Gov. Greg Abbott’s plan to transport illegal immigrants to the nation’s capital amid a humanitarian crisis along the US-Mexico border.

The bus – which carried 14 illegal immigrants who have since been released from federal custody and given an order to appear in immigration court – arrived near Union Station just before 4:30 am, according to Fox News.

The migrants came from Venezuela, Nicaragua, Cuba and Colombia, one man told the outlet. Another – who identified himself as Juan from Colombia – said he crossed the Rio Grande to enter the US after flying to Mexico.

Juan added that he was planning to travel to New York to join his friends and potentially find work as a barber.

In a statement detailing the arrival, Abbott’s office said it was part of his response “to President Biden’s ongoing failure to secure the border.”

The migrants were greeted by Capitol Police officers at around 4:45 am Minutes later, members of a Catholic charity also arrived.

Thursday morning’s arrival came one day after the first bus – which carried 24 migrants – parked just blocks away from the US Capitol.

Fox News’ cameras captured that arrival live, showing migrants exiting the bus one by one, except for family units who left together.

Abbott announced the transportation plan last week, appointing the Texas Division of Emergency Management to lead the effort. Each bus sent to the capital will have the capacity and supplies to transport up to 40 migrants.

It was not immediately clear how many transports have been scheduled to arrive in the coming days or how many migrants have volunteered to go.

The White House on Wednesday told reporters that all the migrants who have arrived in Washington are “in immigration proceedings” and therefore “in touch with the appropriate entities and the federal government about that process.”

“These are all migrants who have been processed by [Customs and Border Protection] and are free to travel,” press secretary Jen Psaki said, “so it’s nice the state of Texas is helping them get to their final destination.”

Typically when migrants are released from federal custody after crossing the border, they are given paperwork allowing them to remain in the US and ordering them to appear in immigration court to make their case for asylum.

Abbot’s broadside against the Biden administration comes in the same month that the Centers for Disease Control and Prevention said it would lift the Trump-era Title 42 order on May 23. The order has allowed border agents to expel thousands of migrants without hearing asylum claims due to the COVID-19 pandemic.

Many border officials and bipartisan lawmakers have warned that lifting the order will increase illegal crossings – with some reports predicting up to 170,000 attempts this spring.