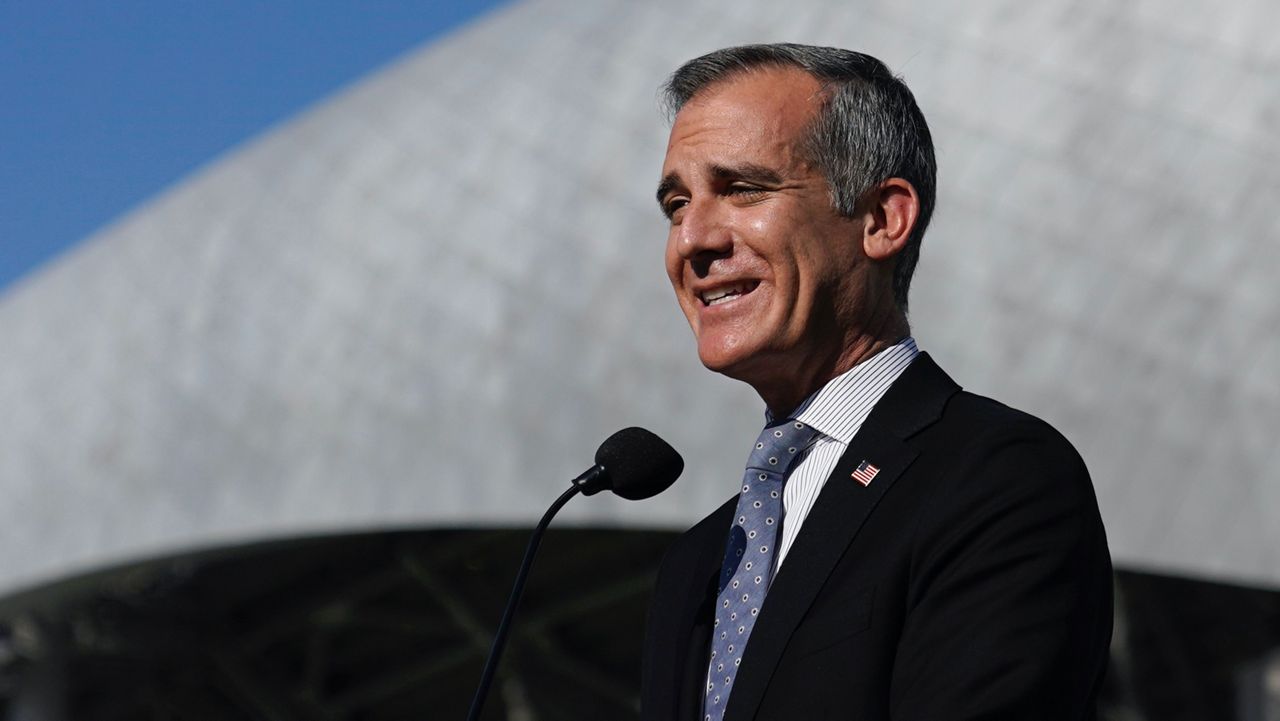 LOS ANGELES (CNS) — Mayor Eric Garcetti will deliver his annual State of the City address Thursday, with aspects of his upcoming 2022-23 fiscal year budget proposal expected to be included.

Similar to how the speech has been conducted the last two years of the COVID-19 pandemic, the speech will be an understated, virtual event compared to the usual pomp and circumstance that surrounds the State of the City address.

Under the city charter, the mayor must release his budget proposal by April 20, with the Los Angeles City Council making changes before adopting a version of the budget by June 1. The mayor is responsible for approving or vetoing any changes within five business days. The fiscal year 2022-23 begins on July 1.

The mayor said Wednesday at another event that he’ll be giving the State of the City speech from the under-construction Sixth Street Viaduct, which he called “this beautiful statement of possibility and purpose and connection in our city.” The viaduct, which includes 20 arches in a “Ribbon of Light” design, is expected to be completed this summer.