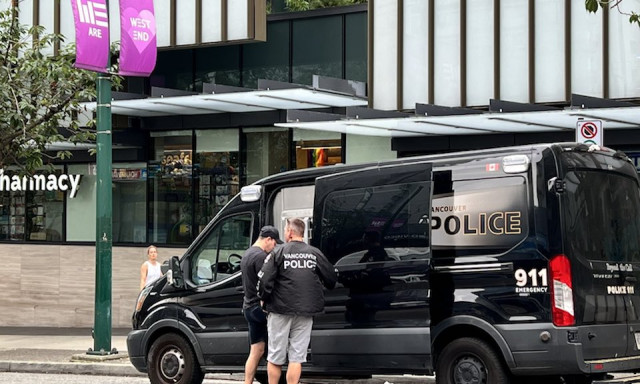 A man allegedly punched a woman in the face at a fast food restaurant before another man intervened, according to Vancouver police.

On Tuesday, August 2, just before 9 a.m., the suspect, a man in his 40s, entered the McDonald’s on Davie Street in Cardero in Vancouver’s West End.

Police said he became ‘violently frustrated’ as he tried to enter the busy toilet, ‘banging on the door and throwing his coffee away’.

“Some of his coffee landed on a woman in her 60s,” said VPD spokesman Const. Tania Vistintin told Vancouver is great.

“As she stood up to speak to him, the suspect punched her in the face.”

When another man tried to intervene, the suspect put a knife to his throat, Visintin added.

VPD patrol officers arrested the suspect upon arrival at the scene.

The suspect was arrested by members of the police. The public said they saw him assault the woman, VPD Community Officer Jason Doucette said in a Tweeter.

The victim was taken to hospital with non-life-threatening injuries.