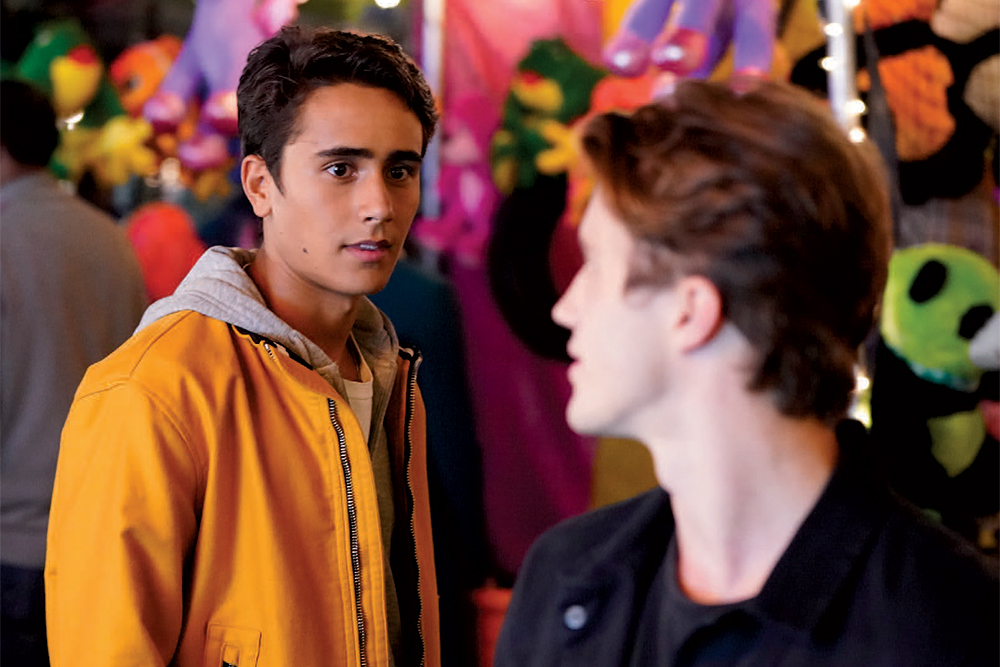 “Love, Victor” is heading to Disney+, after all.

The coming-of-age series, based on the queer teen romance drama “Love, Simon,” was originally developed for the streamer but was pushed to Hulu after executives grew concerned that some The show’s issues, including teenage sexuality and drinking, weren’t a good fit for Disney+.

Now, the third and final season, along with seasons 1 and 2, will be available on Disney+ as well as Hulu starting June 15.

“We are proud of ‘Love, Victor’ and are excited to bring it to the widest possible audience on June 15 by making the complete series available on both Disney+ and Hulu to celebrate the final season and the month of LGBTQIA+ pride,” Hulu president Joe Earley said in a statement Tuesday. “In addition to spotlighting this groundbreaking series, it will give subscribers the opportunity to sample more content available on our streaming services, as we have done with titles such as ‘Summer of Soul (…Or, When the revolution might Not Be Televised), ”Man in the Arena: Tom Brady” and ‘black-ish.’ »

The 10-episode first season, centering on Victor (Michael Cimino), a new student at Creekwood High School juggling family life and questions about his sexual orientation, debuted on Hulu in June 2020. At the time , according to Hulu, the series was the most-watched drama on the service during the week of its premiere. The second season premiered on June 21, 2021.

Nick Robinson, who starred as Simon Spier in the Greg Berlanti-directed film, serves as the series’ narrator and producer. He also appeared in two episodes.

“When we think about creating stories that reflect the world we live in, which means being inclusive, empowering and authentic, ‘Love, Victor’ represents one of our greatest accomplishments,” said Craig Erwich, president of Hulu Originals and ABC Entertainment. “Distributing the show across both platforms will allow us to showcase Victor’s stories as well as the journeys of his family and friends that have been so beautifully told by our executive producers Isaac Aptaker and Elizabeth Berger and our showrunner Brian Tanen. to as many people as possible.

The Disney+ news comes amid the studio’s ongoing battle with Florida Governor Ron DeSantis. Disney finally spoke out – under pressure from its employees – against the Sunshine State’s “Don’t Say Gay” law. In turn, DeSantis signed a bill on April 22 that abolished the Disney Autonomous District in Orlando.