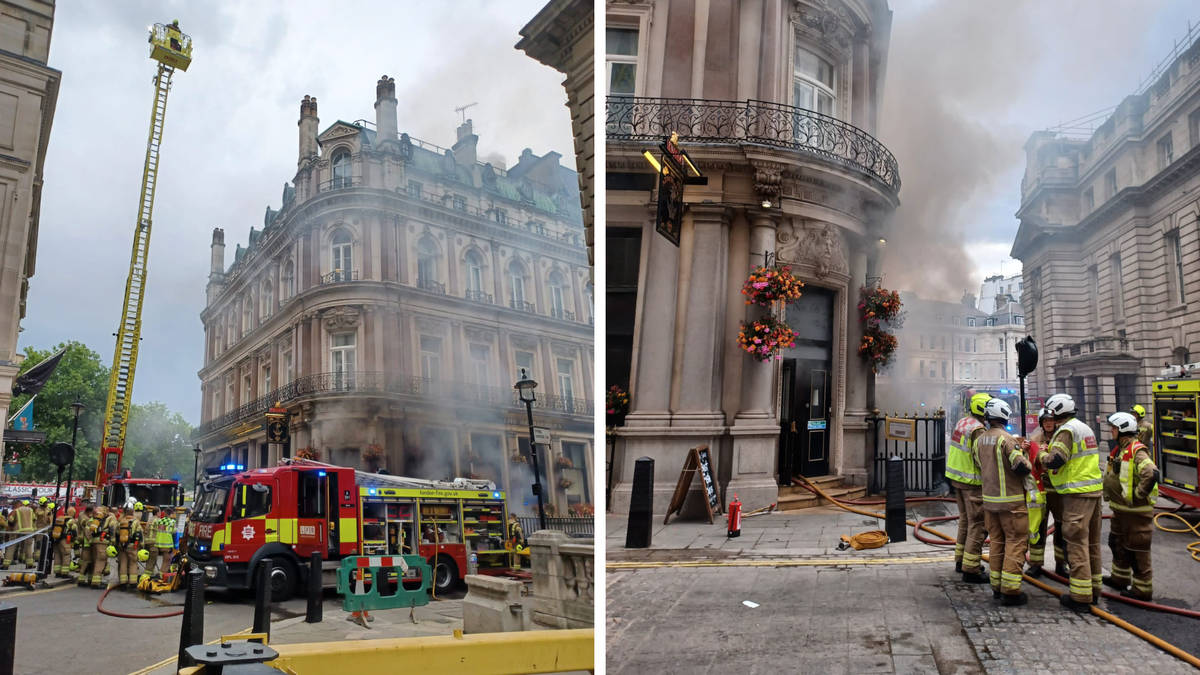 People are told to avoid Trafalgar Square as firefighters tackle a blaze at a pub in central London’s iconic square.

Twenty fire engines and around 125 firefighters were called to The Admiralty pub at around 5.10pm on Tuesday.

London firefighters said half the basement was on fire and “crews are working in difficult, difficult and hot conditions”.

A fire department spokesman said around 150 people were evacuated before crews arrived and no injuries were reported.

Some good news. There are currently no reports of any injuries, it appears the fire started in the basement of the pub. @LBC

The cause of the fire is not yet known.

Station Commander Keith McDermott, who is at the scene, said: “The fire is in the basement of a pub in Trafalgar Square.

“As a result, there will be heavy traffic disruption and we ask people to avoid the area if possible.”

Latest update on pub fire in Trafalgar Square – A number of people were evacuated from the pub and surrounding businesses before the Brigade arrived. Again, avoid the area and follow this account for the latest https://t.co/989mlrXzAU pic.twitter.com/KvOSejhxie

Trafalgar Square pub fire update – 20 fire engines and around 125 firefighters are dealing with the blaze in the basement. Crews are working in harsh, difficult and hot conditions. About 150 people evacuated before our arrival. No injury reports https://t.co/989mlrXzAU pic.twitter.com/6Fy2L2Xjwc