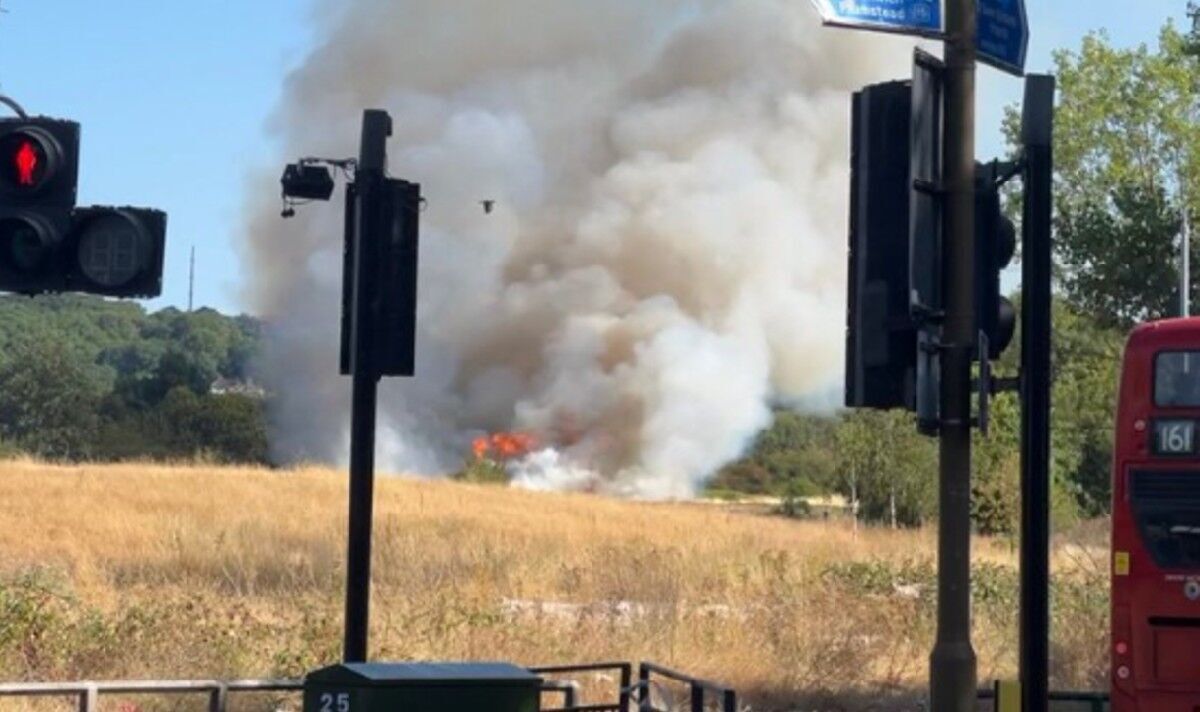 A large fire also broke out in a field in Swanley, Kent, near the M25 on Thursday. Kent Fire and Rescue Service firefighters battled blazes that reportedly covered 12 acres.

The LFB has previously identified the burning of cigarettes and barbecues as “the worst offenders” for starting grass fires.

The Woolwich Common blaze comes less than three weeks after the LFB declared a major incident as firefighters battled blazes in the capital during July’s record heat wave.

On July 19 alone, firefighters dealt with a number of fires across London, including 30 in Upminster, Wennington, Pinner, Southgate, Croydon, Dagenham, Wembley, Hendon and Eltham.

The LFB called for a total ban on disposable barbecues last week following one of its busiest times in history.