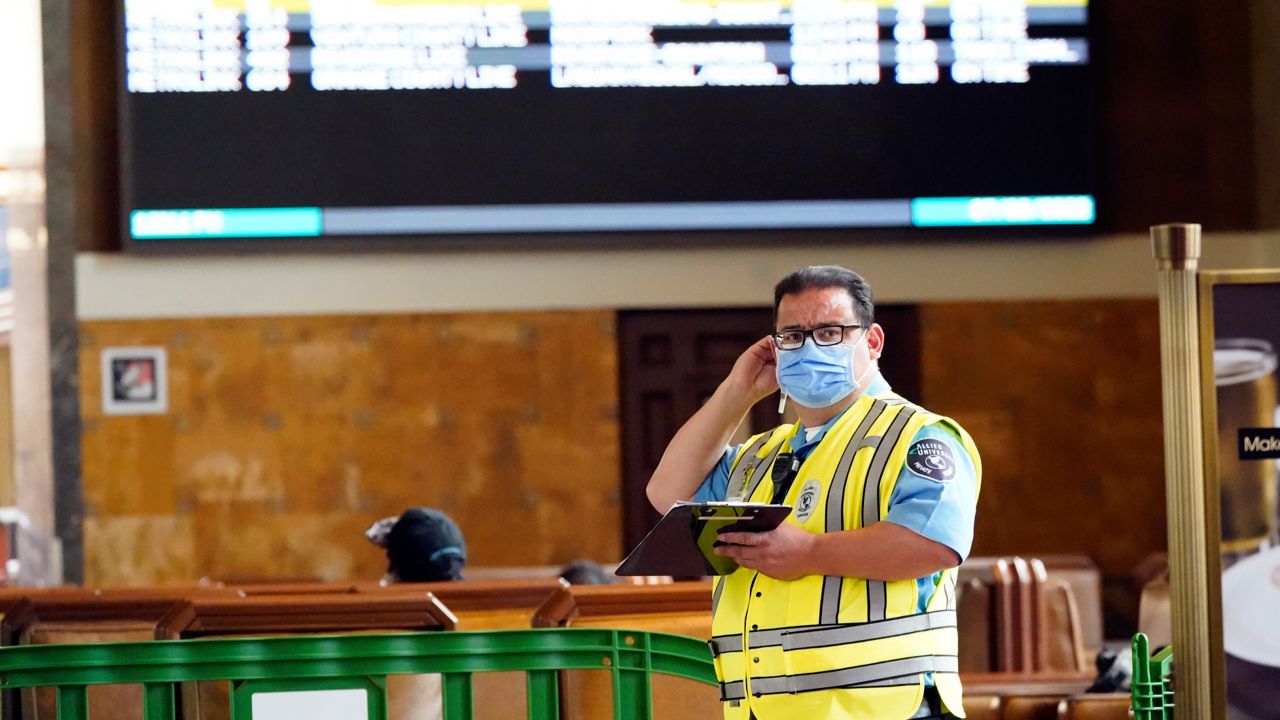 LOS ANGELES (CNS) – Los Angeles County could be released from the federal government’s “high” COVID-19 activity category on Thursday based on recent declines in the rate of people hospitalized with the virus, although the number of people treated at local medical centers has increased slightly in recent days.

The county has been in the US Centers for Disease Control and Prevention’s “high” COVID category since mid-July. This decision came thanks to an average daily rate of hospitalizations linked to the virus exceeding 10 per 100,000 inhabitants. That rate, however, is declining and is expected to fall back below the threshold when the CDC updates its numbers on Thursday, bringing Los Angeles County back to the “medium” level of virus activity.

County Public Health Director Barbara Ferrer told the Board of Supervisors on Tuesday that all of the county’s metrics have continued to decline and that she plans to move out of the “high” category this week. She said last week that more current hospital figures analyzed at the county level showed a hospital admission rate of 9.7 per 100,000 population, good enough to move into the “average” category.

The downward trend in the rate prompted Ferrer to announce last week that the county was dropping plans to reinstate a mandatory indoor mask mandate. She said, however, that such a move could be considered again if there was a further increase in cases and hospitalizations.

Ferrer said the average number of new daily infections has fallen again over the past week, falling to around 5,300 per day, from 6,100 per day the previous week.

On Wednesday, however, the county reported 6,637 new infections, bringing the cumulative total for the entire pandemic to 3,315,921. Another 22 virus-related deaths were reported, giving the county a total death toll of 32,785.

According to the county’s public health department, there were 1,273 COVID-positive patients hospitalized locally on Wednesday, compared to 1,242 on Tuesday and 1,220 on Saturday.

The average daily rate of people testing positive for the virus in the county was 13.7% on Wednesday.

Meanwhile, the county began offering doses of the recently approved Novavax COVID-19 vaccine on Wednesday. Ferrer said the vaccine is a more traditional protein-based vaccine, rather than the mRNA technology used in the Pfizer and Moderna vaccines. She told the oversight board this week that she hoped the introduction of a more traditional vaccine might convince those hesitant to get the Pfizer or Moderna vaccines to get vaccinated.

“We’re going to be able to tell people, you know, we understand that you had concerns, you were concerned about the new technology (mRNA) that wasn’t really new, but the people who were concerned about it with the vaccines, we now have something that we’ve really been making vaccines using this technology for over 30 years,” she said. “And that might reassure people about the safety issues and the efficacy issues.”

The US Food and Drug Administration issued emergency use authorization for the Novavax vaccine on July 13 after it was found to be 90% effective against mild, moderate and severe illnesses in the trial. the company’s Phase 3 clinical trial involving 30,000 participants aged 18 and over.

County locations offering Novavax vaccines can be found on the vaccinatelacounty.com website.

Residents can also contact their healthcare provider to see if they offer Novavax.

Residents 18 and older can receive the Novavax vaccine, which is a two-dose primary series, with the second dose given three weeks after the first. Boosters are not recommended and the Novavax vaccine is not licensed for children 17 and under.