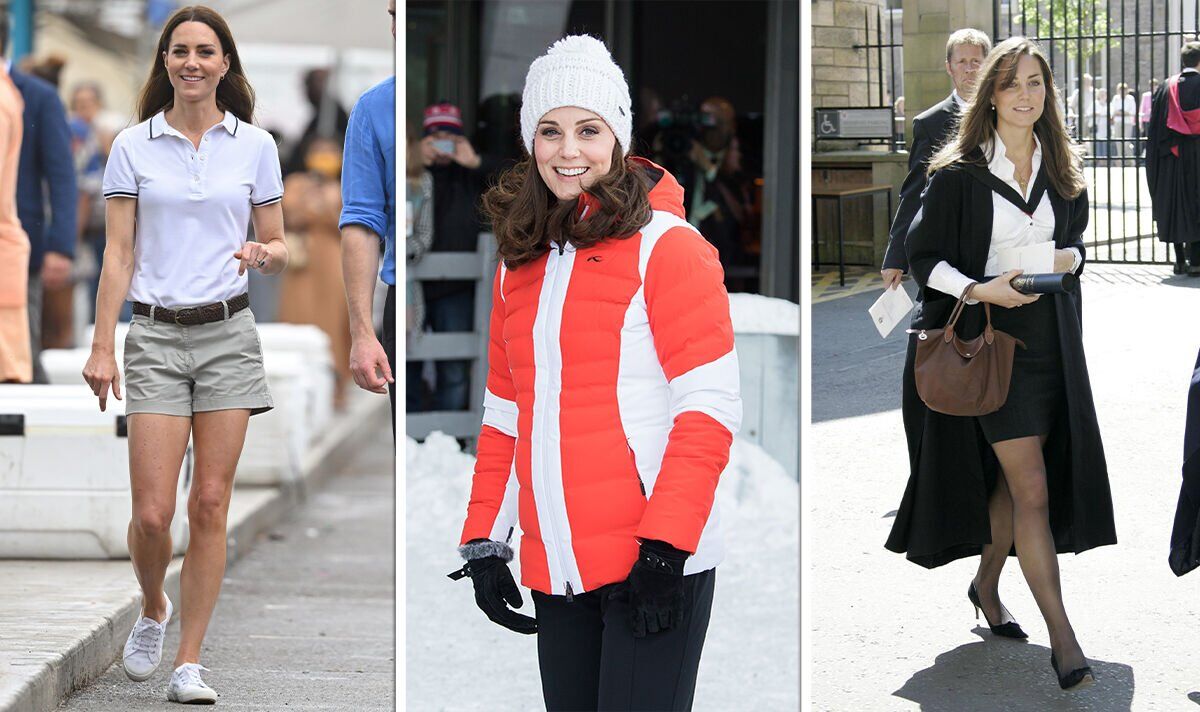 Despite being 40 and having three children, Kate Middleton’s appearance hasn’t changed much since she was first catapulted into the spotlight in 2011, when she married into the royal family. . The Duchess is slim and toned thanks to a balanced diet and plenty of exercise. However, she is not shy about eating her favorite foods on occasion.

The Duchess of Cambridge was an athletic student, competing in a number of sports while studying at St. Andrews with Prince William.

There are photos of her rowing, playing tennis and running.

Kate also carried her love of sports with her into adulthood, which contributed to her thinness.

Dr Charlotte Norton, Medical Director of The Slimming Clinic, said: “The Duchess of Cambridge is well known for being naturally athletic and a great admirer of spending time in nature and keeping fit.

“Plus, given her senior royal rank, one would imagine she eats pretty well too, so it’s not that hard to wonder why she looks so good at 40.

“We all know that Kate’s ability to look great in any dress, skirt or trouser is obviously a result of her incredibly toned figure, although she also has an impeccable sense of style.

“Of course, Kate’s naturally slender figure is partly down to genetics, but it’s no secret that the royal mother of three loves all things athletic and would appreciate a good workout.

“Whether it’s cross country, tennis or walking, she’s known to love the sport.”

Although Kate’s exact diet is not known, the Duchess reportedly followed the Dukan Diet in the run up to her wedding.

Made popular by Dr. Pierre Dukan, a French GP, the diet claims to produce “rapid, permanent weight loss without hunger,” according to Healthline.

It consists of eating foods high in protein and low in carbohydrates and consists of four stages.

The first stage is the attack phase, where slimmers begin the diet by eating unlimited lean protein plus one and a half tablespoons of oat bran each day, lasts for a week.

The next step, which can last anywhere from a month to 12 months, is to alternate lean protein one day with lean protein and non-starchy vegetables the next, plus two tablespoons of oat bran each day.

The third phase is the consolidation phase, which lasts five days for each pound lost in phases one and two, and consists of eating unlimited lean protein and vegetables, carbohydrates and fats, one day of lean protein per week. and two and a half tablespoons of oat bran daily.

Finally, the fourth phase is the stabilization phase, which is indefinite.

Thin people are advised to follow the consolidation phase guidelines but relax the rules as long as their weight remains stable. Oat bran is increased to three tablespoons per day.

According to reports, the Duchess’ diet is varied and includes lots of fruits and vegetables.

However, Dr Norton pointed out that “Kate’s secret is consistency”.

She continued: “There hasn’t been a time in history so far where she’s had a drastic change in appearance, even after pregnancy and I think it’s due to consistency with the diet. food and exercise.

“I think another secret is that she allows herself to have a sugary snack and a high carb meal, which is not a crime.”

Dr Charlotte added that diet and weight loss “is all about balance, which I think Kate has perfected”.

According to the nutrition expert, Kate “is known to be an avid cook and doesn’t shy away from eating pizza, pasta and curries”.