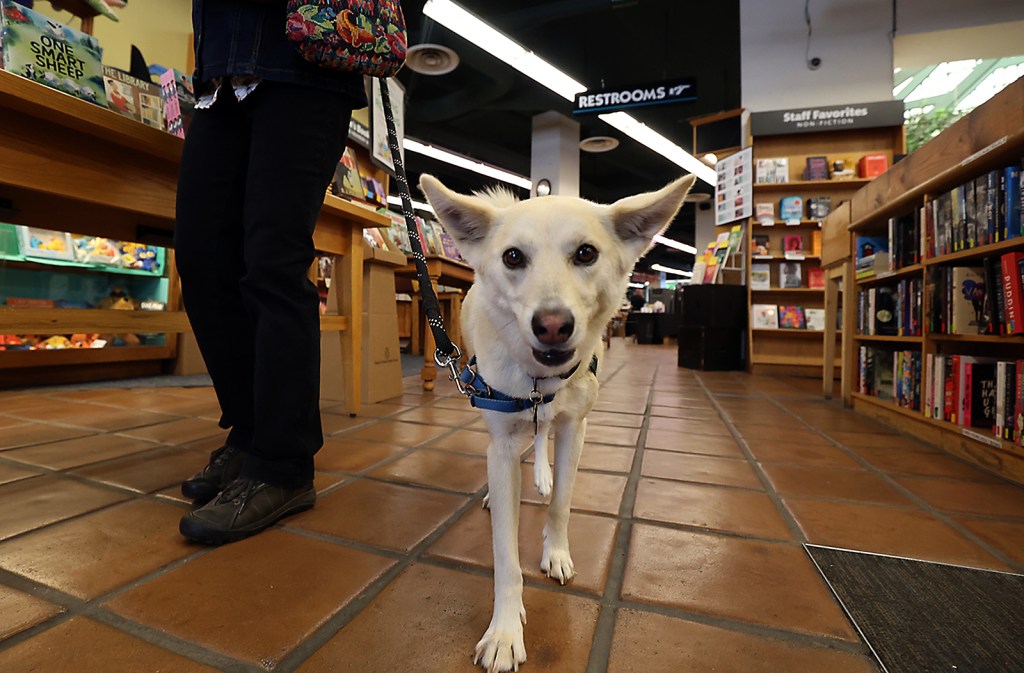 Juno, a mixed-breed rescue dog from the Santa Cruz County Animal Shelter, walks through the Santa Cruz Bookstore with her persona Mary Quillin on Saturday. The couple were shopping during the American Booksellers Association’s Independent Booksellers Day, which the association promotes as a “one-day party held on the last Saturday in April” to celebrate independent bookstores across the country in online and in store. Other independent bookstores in Santa Cruz County include Bad Animal and Atlantis Fantasyworld in downtown Santa Cruz, Two Birds Books in Capitola, Bay Tree Bookstore in UC Santa Cruz, and Kelly’s Books in Watsonville. The Santa Cruz Bookstore, which was founded in 1966 and has been owned by the Coonerty family since 1973, offered freebies and a literary evening to celebrate the day. (Shmuel Thaler – Sentinel of Santa Cruz)