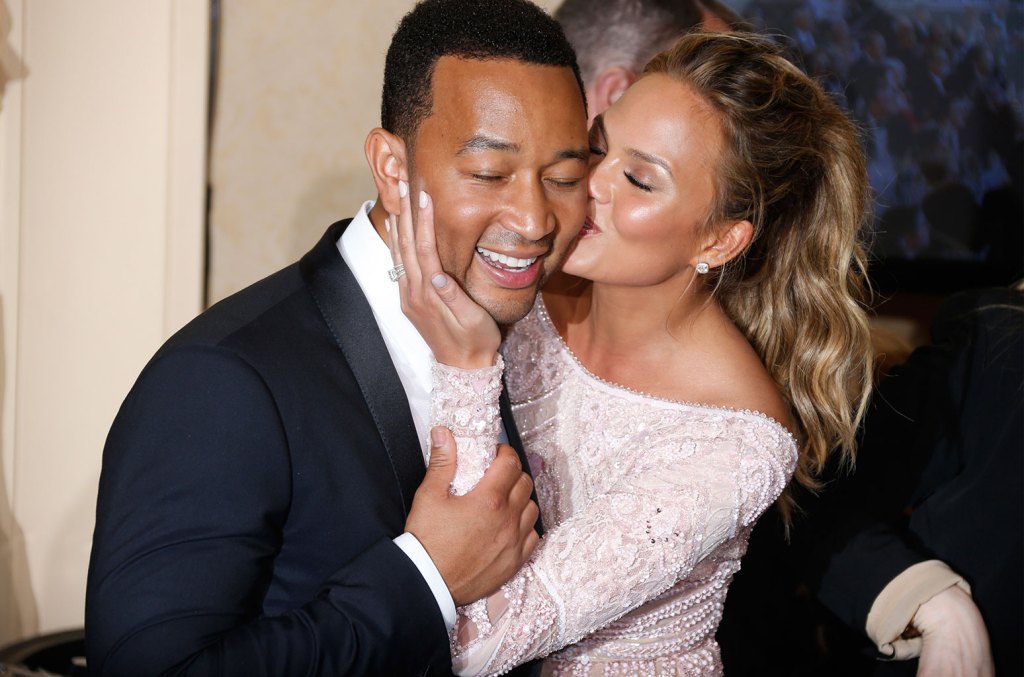 Chrissy Teigen announced Wednesday, August 3, that she and husband John Legend are expecting a baby.

Teigen took to Instagram to post two mirror selfies in a cropped black t-shirt and black sheer underwear, showing off her baby bump.

“The past few years have been a blur of emotions to say the least, but joy once again filled our home and our hearts,” Teigen wrote in her Instagram caption. “1 billion shots later (in the leg lately, as you can see!) we have another one on the way. Every date I was like ‘ok if it’s healthy today’ today I’ll announce it,” but then I breathe a sigh of relief hearing a heartbeat and decide I’m still too nervous. I don’t think I’ll ever walk out of a date with more excitement than nervousness, but so far everything is perfect and beautiful and I feel hopeful and amazing. Ok phew it’s been very hard to keep it up for so long!

Teigen’s ‘blurry of emotions’ Instagram caption likely refers to the pregnancy loss she suffered in September 2020, when she lost her son Jack at 20 weeks pregnant, as well as the torrent of bad press she received after being accused of cyberbullying Courtney Stodden and others in years-old tweets. Additionally, just over a year ago, Teigen went public with her decision to quit drinking alcohol. In a post last month, Teigen wrote, “I drank to end some crazy anxiety that later disappeared when I – understand – quit drinking! sigh. anyway, I feel really good.

Legend and Teigen are the parents of Luna, 5, and Miles, 3.

In February, she told her followers that she was undergoing IVF treatment to get pregnant again, but asked that people stop asking her if she was pregnant. “I honestly don’t mind the shots…they make me feel like a doctor/chemist…but the bloating is a bi-so I humbly beg you to stop asking if I’m pregnant because even if I know it’s said with enthusiasm, good intentions, it’s just kinda dumb to hear because I’m the opposite of a pregnant!”