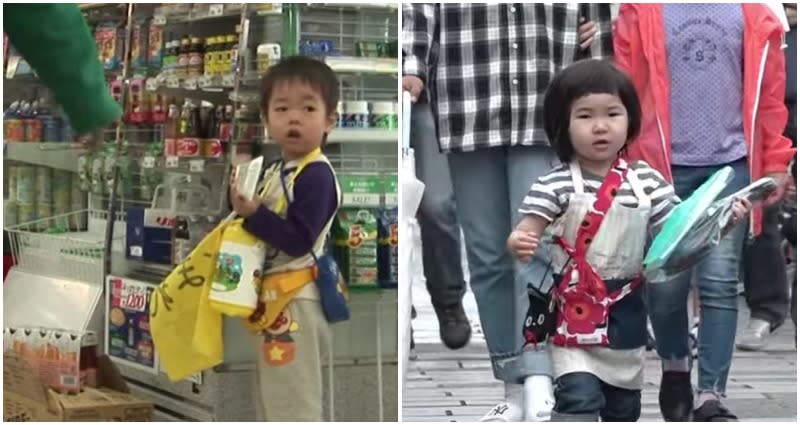 A Japanese TV show called “Old Enough” follows real toddlers venturing into the world to run errands on their own for the first time.

The show has been running for over 30 years, since 1990, on Japanese broadcaster Nippon TV and only releases two three-hour long episodes each year, as a result of the strenuous production preparation required. The episodes draw in a fifth of all viewers in Japan.

For each episode, the errand routes that the toddlers take are checked by parents and production staff for any potential dangers. A selection process then takes place to choose toddlers, typically between ages 2 to 4, for the show.

The camera crew and safety team are placed in hiding spots so the children do not see them, and all local neighbors are informed of filming to ensure that they do not call police or intervene to help when seeing a toddler out on their own.

Some of the tasks that the toddlers are given include picking up items at the supermarket, taking fish to the fishmongers and visiting a car repair shop for an item. While some children bravely take on the tasks, others are more timid or distracted. In one episode, a toddler forgets all about his wanderings while playing with a local dog outside.

The show allows for the toddlers to face their fears and develop confidence. Most of the children leave the house timid and scared; however, they usually express excitement and pride by the end of the show for being able to complete the tasks that they were given.

“Old Enough” made its debut on Netflix on April 1 with 20 episodes available to stream. The episodes on Netflix are much shorter than the unedited series with a runtime of 20 minutes per episode rather than three hours.

Gabrielle Union Wants to Star in a Rom-com with John Cho, Fans Refer to Idea as ‘The American Dream’

Netflix to release live-action K-drama adaptation of ‘All of Us Are Dead’ zombie webtoon in Jan.