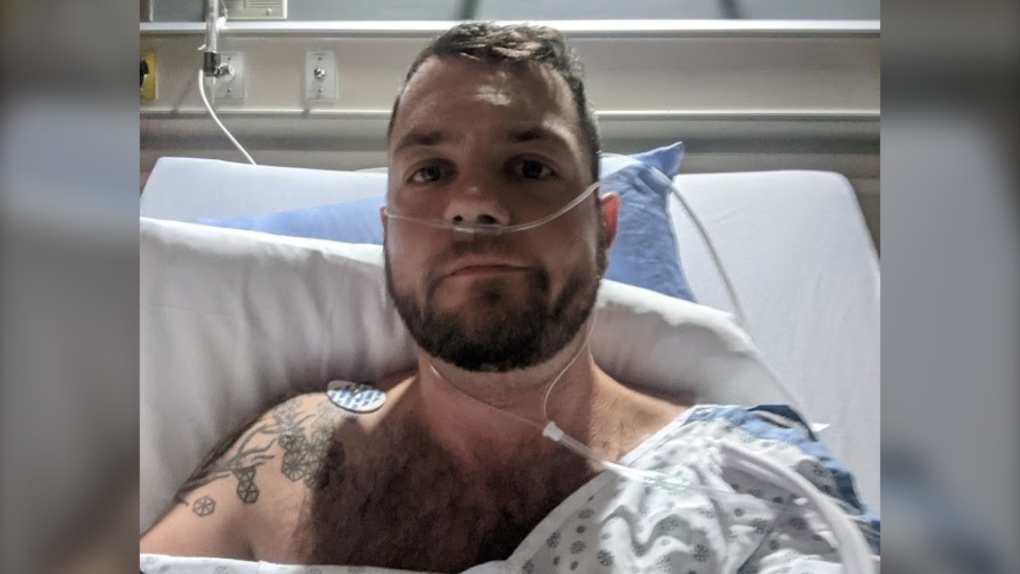 When a car ran through a stop sign and hit cyclist Ben Bolliger in Vancouver last July, his right arm was so badly broken that he needed external metal rods to piece the bones back together.

Months later, an initial ICBC report found Bolliger was 50% responsible for the crash, and he was charged more than $3,000 for damage to the hood and windshield of the Mercedes that had hit him.

“It’s just ridiculous and goes against policies to get people out of the car and use active transportation to make vulnerable road users financially responsible for repairing vehicles that hit them,” said Bolliger. “So I was determined, at that time, to fight.”

After an outcry from the Vancouver cycling community, ICBC backtracked on Wednesday. Not only will the 35-year-old not have to pay for repairs to the car that hit him, but the insurance company has changed its policy for similar accidents in the future.

In a statement, ICBC said it will no longer seek cost recovery in certain clearly defined situations, including:

Mike Koski of the BC Cycling Coalition said advocates find ICBC “very open to change” on the issue.

Bolliger is happy that his plea paid off.

“Today’s announcement that ICBC will no longer seek damages from vulnerable road users in certain cases is a welcome first step,” he said. “But it’s a first step.”

His lawyer, Joel Zanatta, agrees more needs to be done, saying BC’s new no-fault insurance model, which prevents most accidents from ending up in court, disproportionately harms vulnerable road users. the road as well as pedestrians and cyclists.

“When a car hits a cyclist, the injuries are serious. And the reality is that Ben, at best, may be getting his bike paid for, but he is now suffering from permanent injuries with no access to court,” Zanatta said. “There is no compensation other than basic medical treatment. It was a very, very important change.

For Bolliger, the accident changed his life.

“I will never have full range of motion in my right hand, my dominant hand,” he said.

But the avid cyclist doesn’t let that stop him from getting back on his bike.

“I don’t do the kind of rides I used to like to do, but you know, that’s my new normal,” he said.