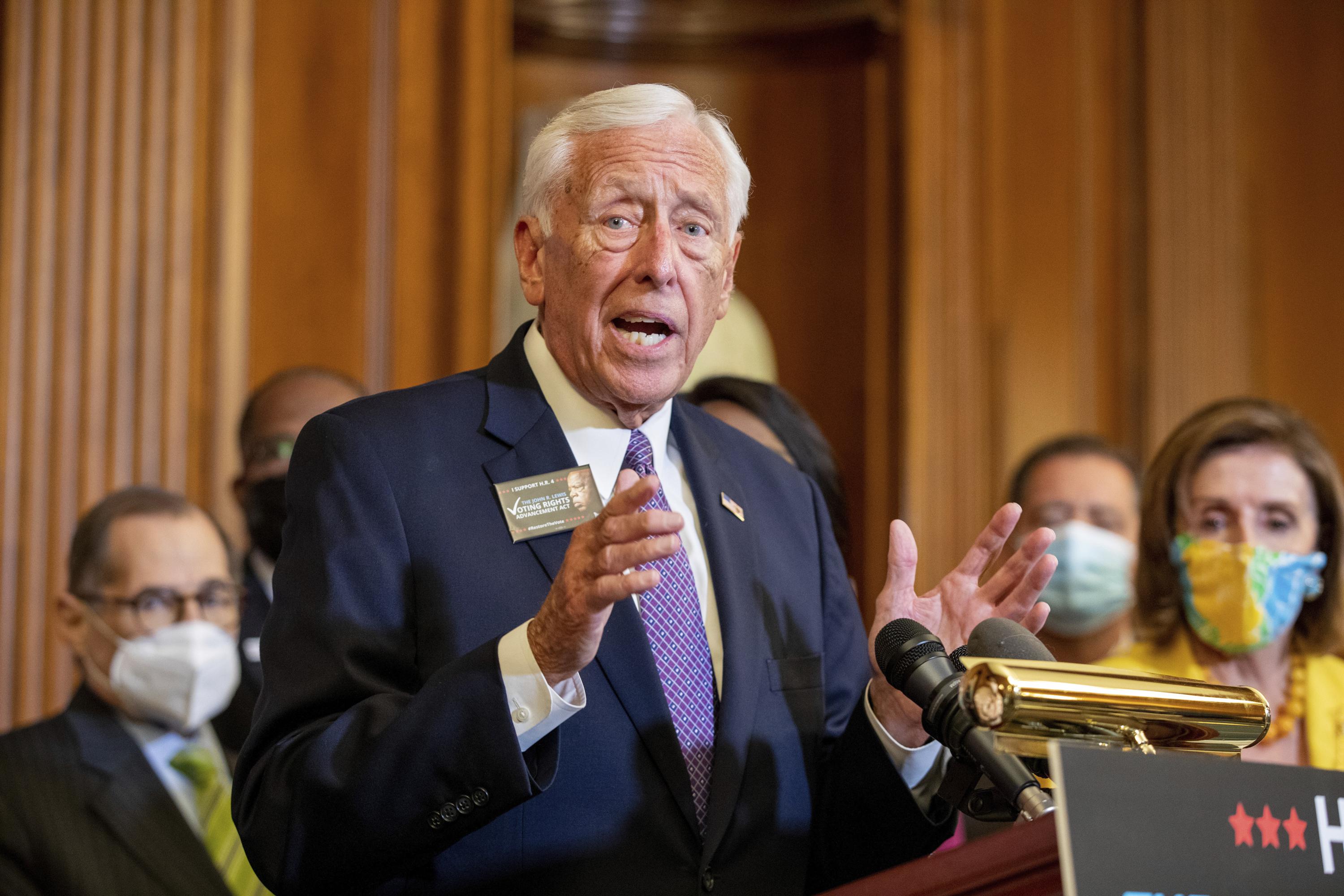 WASHINGTON (AP) — Marijuana would be decriminalized at the federal level under legislation the House approved Friday as Democrats made the case for allowing states to set their own policies on pot.

The bill is unlikely to become law since it is expected to die in the Senate. That would mirror what happened when a similar House-passed measure removing marijuana from the list of federally-controlled substances went nowhere in the Senate two years ago.

Still, Friday’s vote gave lawmakers the chance to state their view on a decriminalization push that appears to have broad support with voters across the country.

The 2020 election showed how broadly accepted marijuana has become, with measures to legalize recreational pot breezing to victory in progressive New Jersey, moderate Arizona and conservative Montana and South Dakota.

The House approved the bill Friday with a mostly party-line vote of 220-204. All but two voting Democrats backed the measure, while only three Republicans did.

The measure would require federal courts to expunge prior marijuana convictions and conduct resentencing hearings for those completing their sentences. It also authorizes a 5% tax on marijuana and marijuana products that would gradually increase to 8% over five years. The money would be used for grant programs focused on job training, legal aid, substance abuse treatment and loans to help disadvantaged small businesses get into the marijuana industry.

The Congressional Budget Office estimated that thousands of inmates would be released earlier than under current law, saving about $800 million over a 10-year period. Overall, the federal deficit would be reduced by nearly $3 billion over the next decade.

Democrats said the nation’s federal prohibition on marijuana has had particularly devastating consequences for minority communities. House Majority Leader Steny Hoyer, D-Md., cited statistics that showed Black Americans were four times more likely than white Americans to be arrested for marijuana possession, even though they use it at similar rates.

“Those criminal records can haunt people of color and impact the trajectory of their lives indefinitely,” Hoyer said. “I regret that there are some members of our Congress who apparently think that’s not worthy of attention.”

Republicans who opposed the measure said marijuana is a gateway drug that would lead to greater use of opioids and other dangerous substances. They also said the pot sold today is far more potent than what was sold decades ago, leading to greater impairment for those who use it. They said decriminalization is not the priority that lawmakers should be focused on now, with the war in Ukraine and inflation driving up the cost of gas, food and other essential items.

“Yet the priority of this Congress now turns to expanding access to addictive, behavior-altering recreational drugs at a time when our country is also experiencing increased addiction, depression and suicide,” said Rep. Bob Good, R-Va.

“If states are the laboratories of democracy, it is long past time for the federal government to recognize that legalization has been a resounding success and that the conflict with federal law has become untenable,” said the bill’s sponsor, Rep. Jerrold Nadler, DN.Y., chairman of the House Judiciary Committee.

In the Senate, Democrats including Majority Leader Chuck Schumer of New York asked colleagues in early February for their input on a marijuana decriminalization bill. He said after the House vote that they were still working on crafting the legislation, but he hoped it would be introduced “very soon.”

“Of course, we will need Republicans to pass a legalization bill in the Senate, and we will be working hard to try and get them,” Schumer said.