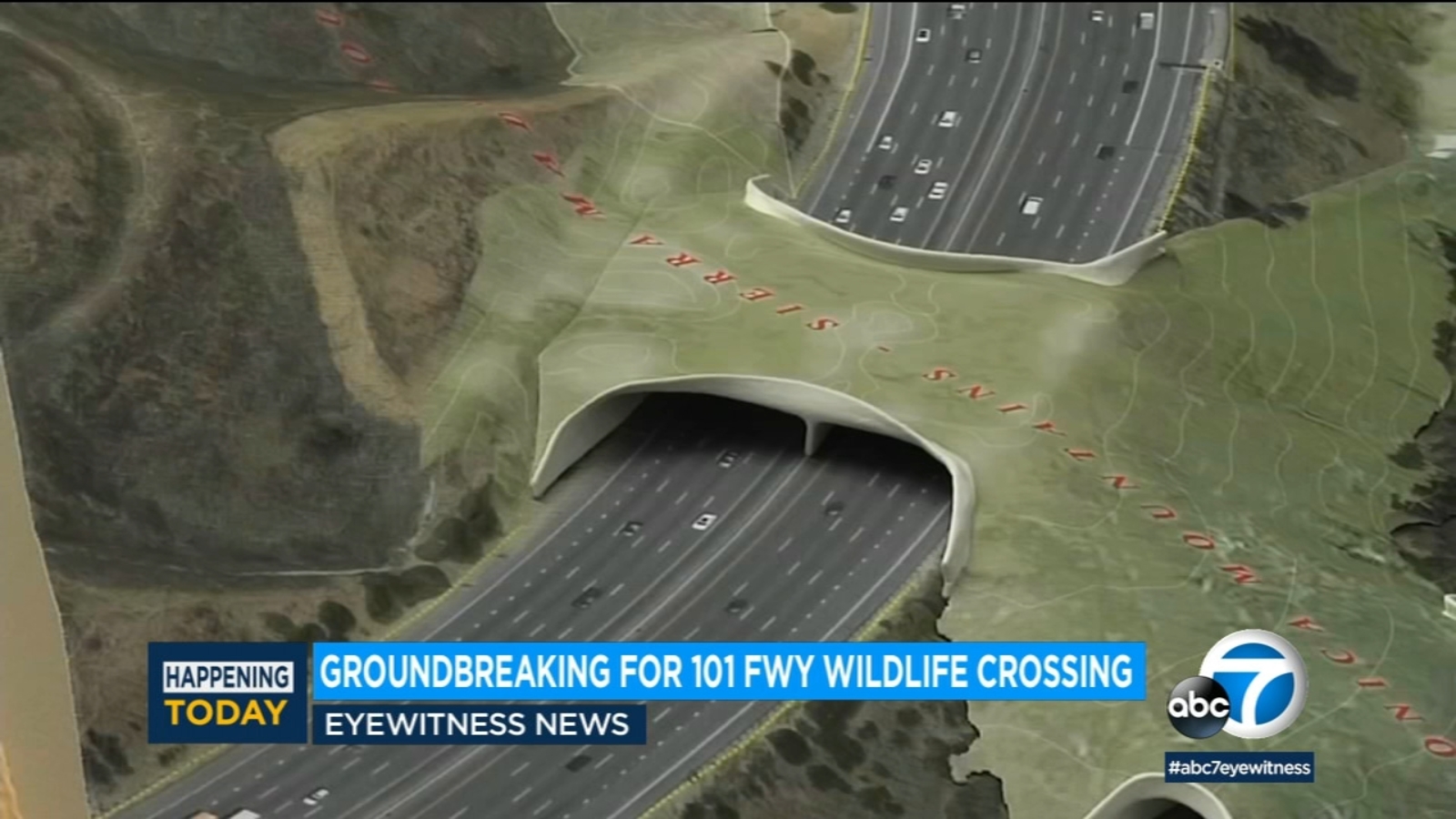 AGOURA HILLS, Calif. (CNS) – Coinciding with Earth Day, crews will inaugurate the much-anticipated wildlife crossing on Highway 101 in Liberty Canyon, designed to relieve landlocked mountain lions and other animals in the mountains of the Southland.

The approximately $85 million Wallis Annenberg Wildlife Crossing is said to be the largest such crossing in the world, spanning 210 feet across 10 freeway and sidewalk lanes. It is also the first to be significantly funded by private donations as well as public support.

A groundbreaking ceremony will be held Friday at 10 a.m. at the site, about a 10-minute walk from the Liberty Canyon Trailhead.

The Wallis Annenberg Wildlife Crossing is expected to be the largest of its kind in the world. It’s being developed after 20 years of National Park Service studies that found roads and urban development are deadly to animals trying to navigate the Los Angeles area. Urban development has also created habitat islands that can genetically isolate animals in the region.

The start of construction comes a day after a mountain lion was fatally hit by a vehicle on Highway 405 in the Brentwood area, underscoring the need for safe routes that Los Angeles’ diverse wildlife can access.

“This week was meant to be a celebration as we mark the grand opening of a wildlife bridge in Agoura Hills. Instead, we are saddened by the violent death of another mountain lion,” said JP Rose, senior counsel In the center. for biological diversity. “These tragedies can be avoided if California invests in more wildlife crossings, which protect both wildlife and people from dangerous collisions. wildlife protection, sensible legislation that will bring more wildlife crossings to the state.”

Thursday’s mountain lion death in the Brentwood area was the second in less than a month. Another lion was killed by a vehicle on the Pacific Coast Highway in Malibu on March 23.

Researchers have estimated that the Santa Monica mountain lion population could disappear within 50 years without an influx of genetic diversity. The lions are largely isolated due to highways which act as barriers to movement in the area. The interbreeding aims to provide a connection between the small population of cougars in the Santa Monica Mountains and the larger, genetically diverse populations to the north.

The passage is named after the Annenberg Foundation, a major financial contributor to the effort. The effort is a public-private partnership that includes Caltrans, the National Park Service, the Santa Monica Mountains Conservancy/Mountains Recreation and Conservation Authority, the Resource Conservation District of the Santa Monica Mountains, and the National Wildlife Federation. The design team is led by Living Habitats LLC.