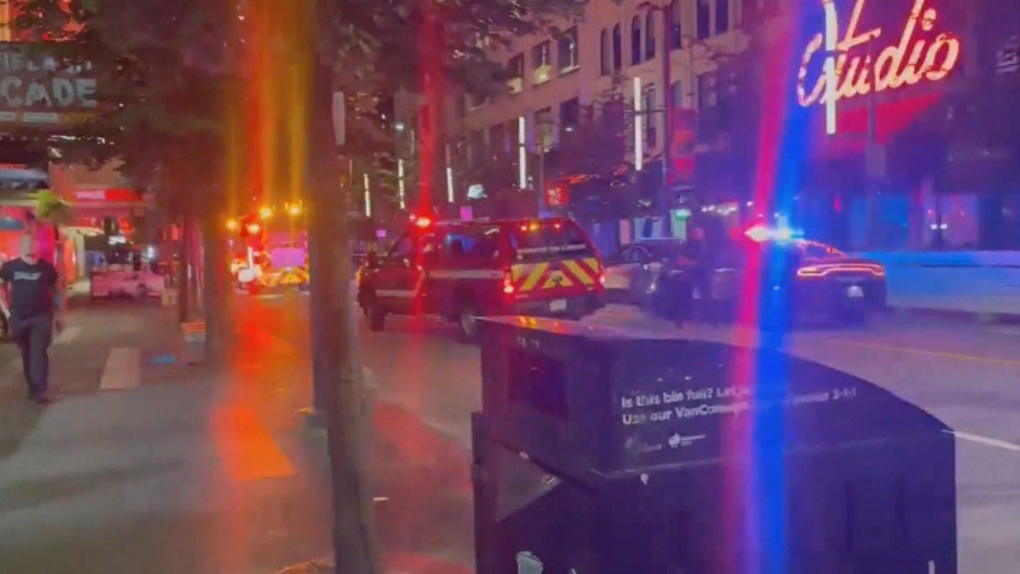 Several people have been taken to hospital with serious injuries after a violent incident that drew a heavy police presence to Vancouver’s main downtown entertainment district on Saturday night.

The Vancouver Police Department said on Twitter around 1:30 a.m. Sunday that one of those taken to hospital was the armed suspect, who was shot dead by police.

The VPD did not say what type of weapon the suspect had, or how many people were injured in the incident, which happened in the 900 block of Granville Street.

Patrons of the Roxy Cabaret, which is one of several clubs and music venues in the area, told CTV News the business was evacuated as the incident unfolded.

In a Facebook post, the Roxy Cabaret said it would close early “due to an incident at a nearby business,” and said none of its employees or patrons were involved in the violence.

CTV News has contacted Vancouver police for more information. This story will be updated if a response is received.

Several people are hospitalized with serious injuries, including an armed suspect who was shot by #VPD officers in the 900 block of Granville Street late last night. More information will be posted as it becomes available. There is no risk to public safety at this time. pic.twitter.com/vstNAyNSwE