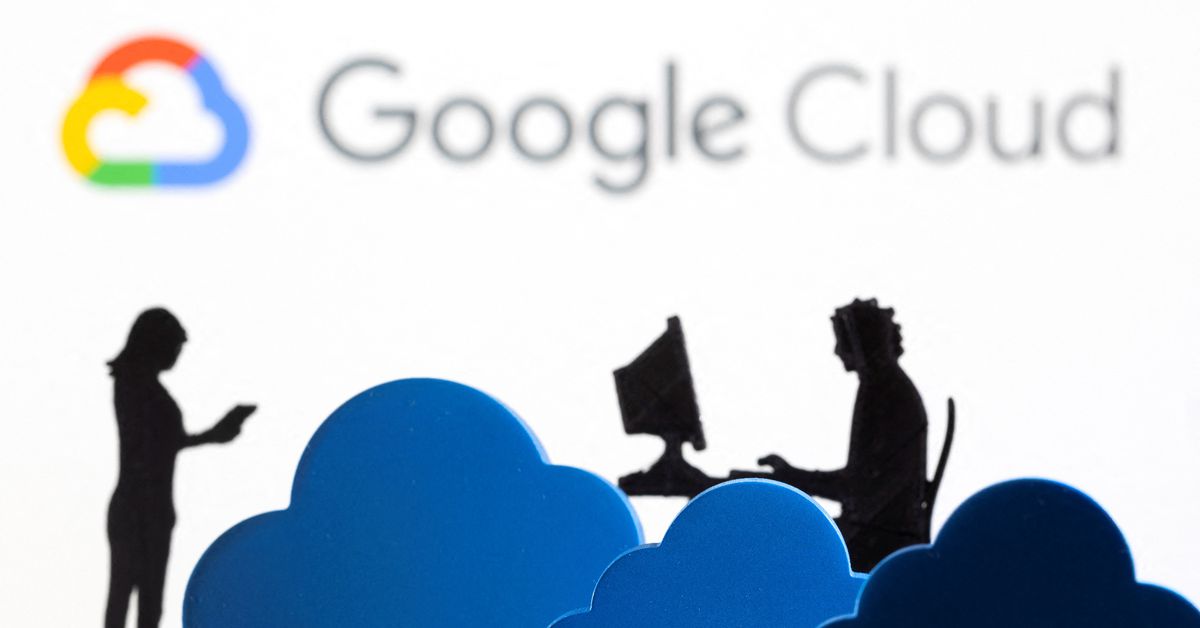 3D printed clouds and figures are seen in front of the Google Cloud service logo in this illustration taken February 8, 2022. REUTERS/Dado Ruvic/Illustration

July 19 (Reuters) – A Google Cloud data center in London faced an outage on Tuesday, according to an update on the Alphabet Inc unit’s status page (GOOGL.O), as temperatures at the UK reached an all-time high.

A “small set” of customers are impacted, according to the update on the status page. Part of the problem still persists. (https://bit.ly/3OdAFig)

Britain recorded its hottest day ever on Tuesday, with the temperature rising above 40C (104F) as a heatwave gripping Europe intensified, forcing train tracks to warp and fuel a series of fires across London. Read more