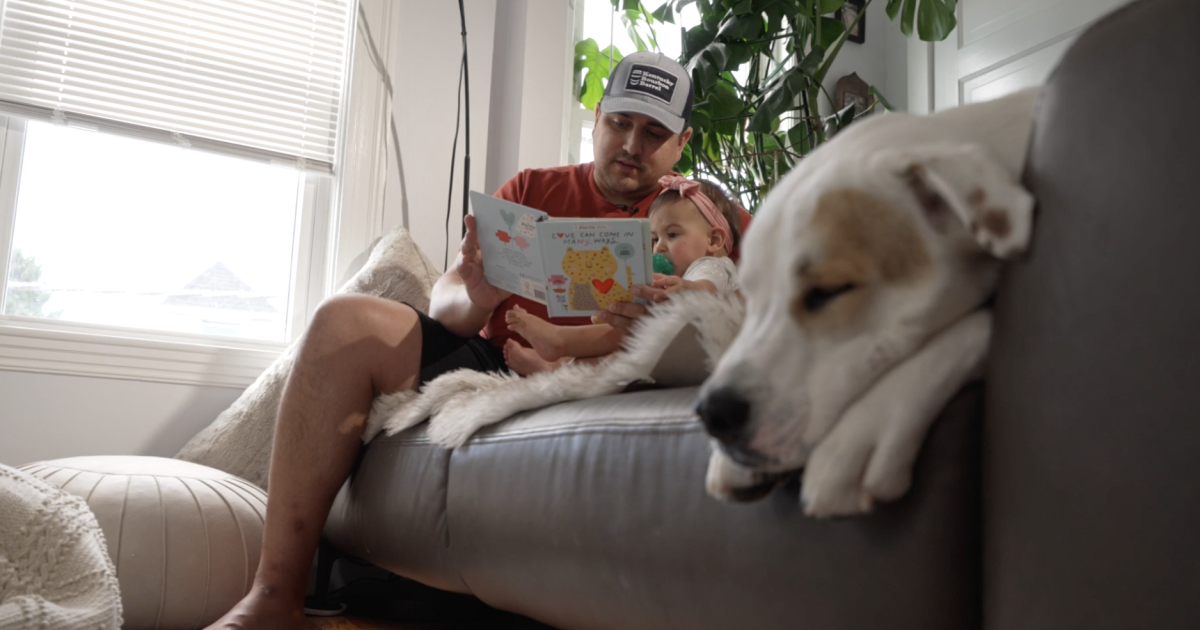 At one year old, Isabella Higgins may not yet be able to read, but her father, Noah, knows she can understand the power of words on a page.

“It creates a certain understanding like, ‘It’s something we do and it’s nice,'” Noah said.

“I hope she reads on her own, reads more books, absorbs more information, and has a general curiosity about everything,” Noah said.

Not all children in this country are as lucky as young Isabella. According to some estimates, 25 million children in the United States cannot read properly.

This is where the “If you give a child a book” campaign tries to change things. For the past seven years, the effort has been spearheaded by the Scripps Howard Foundation, the philanthropic arm of the EW Scripps Company.

“One of the biggest predictors of a child’s success is the number of books they have at home,” said Meredith Delaney, who helps coordinate the project.

Since 2016, the “If you give a child a book” campaign has tried to put as many books as possible into the hands of children who otherwise could not afford them.

Since its inception, the project has helped distribute 877,000 books to children in low-income households across the country. To date, 73 Title I schools in 45 cities have received donations. A donation of $5 buys a book for a child in need. So far, the campaign has raised $2.4 million.

For principals like Tara Bell, whose school has directly benefited from donations, the impact has been profound.

This year, donations to the “If You Give A Child A Book” campaign go even further. Thanks to a partnership with Kellogg’s, all people have to do is take the receipt for items they’ve previously purchased from Kroger-based stores and upload the image to the Feeding Reading site. A donation of one book will become two.