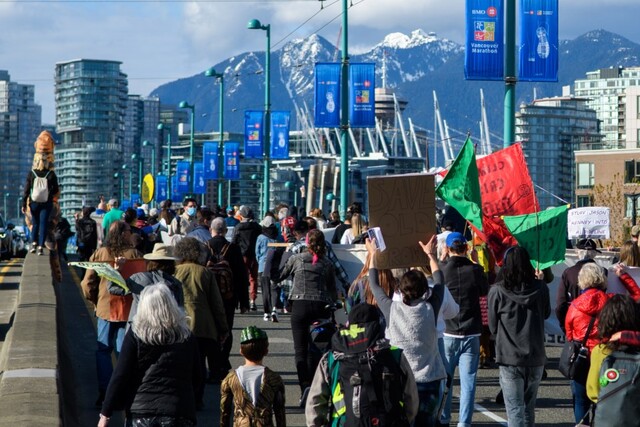 On Friday afternoon, people gathered on the steps of City Hall for speeches and remarks before the march began.

Protesters flooded Cambie Street, some with buckets and drumsticks, groups of people with larger banners scattered through the crowd and others with homemade signs all marched towards the bridge.

A passing commuter shouted at protesters: “You are out of your rocker. Because of the groups’ belief in nonviolent civil disobedience, mediators were on hand to ensure participants remained calm and safe during the march. Many cars honked and cheered in the opposite lane as protesters began to occupy the Cambie Bridge while police blocked the roads to keep everyone safe.

The crew marched to the rhythm of the drums and the chants and songs of the platoon. They ended in Coopers Park where the large group split into smaller spaces where reflection and more sharing was encouraged.